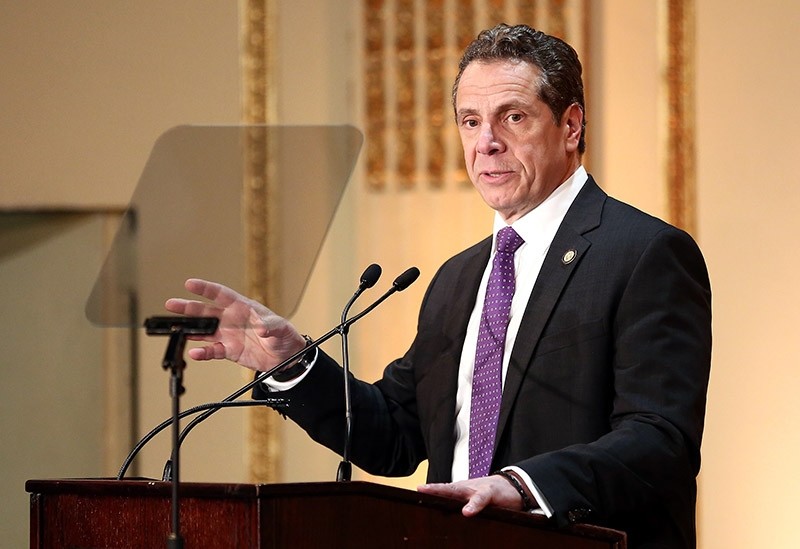 New York state on Sunday inched closer to a government shutdown as lawmakers divided along party lines struggle to agree on a budget.

Friday was the final day of the previous fiscal year, but voting on a new budget has already been delayed until Monday.

If an agreement still proves out of reach, Democratic Gov. Andrew Cuomo has pledged to propose an extension of the current budget to keep funds flowing for projects and programs, as well as government salaries.

Cuomo introduced his $152 billion budget plan in January. It proposes an increase to college tuition aid and to restore the state's water infrastructure.

It also raises the age of criminal responsibility -- ending the practice of prosecuting 16-year-olds as adults -- a major source of contention.

The issue is a priority for Democrats, including Cuomo, for whom it is seen by some as a litmus test ahead of a potential presidential run in 2020. Republicans, however, have raised concerns.

New York and North Carolina are the only states where law enforcement incarcerates and prosecutes 16- and 17-year-olds as adults. A "Raise the Age" public awareness campaign has demanded a change to the law in New York.

Education spending is another area of debate as Cuomo's plan adds a billion dollars to education funds, but questions remain about how the money should be allocated, including whether to authorize more charter schools.

Last Tuesday, Cuomo said he was willing to consider putting off budget negotiations by using "extenders" until the federal budget is revealed.

Cuomo cited concerns about the effects that the Donald Trump administration's proposed budget would have on New York's financial resources.

"To be responsible, you want to make sure your spending increases are commensurate with reasonable expectations of revenue," he said.

According to Cuomo, the state will lose at least $1.2 billion from the preliminary budget, which introduces cuts to literally every department of government in order to increase military spending.

New York could have lost much more if the Republican health care bill had not fallen by the wayside.

Nevertheless, lawmakers may find incentive in expediting the budget as they otherwise risk the suspension of their legislative salaries under state law.