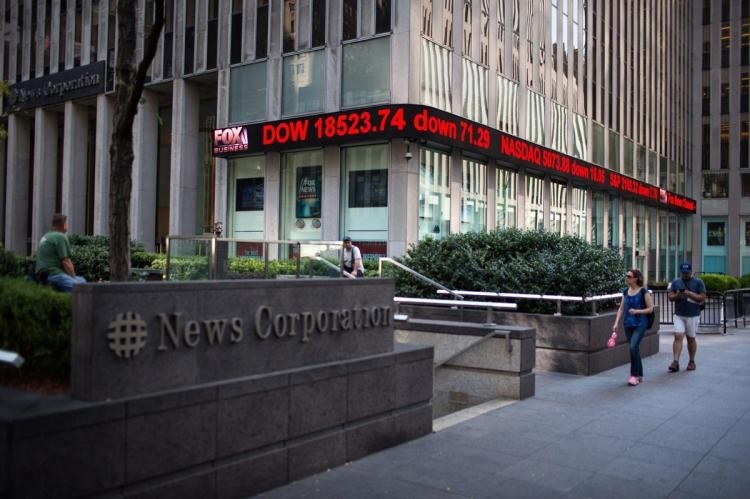 A third Fox News Channel employee has joined two colleagues in their lawsuit that says they were subjected to racial discrimination by a since-fired executive.

Monica Douglas said former controller Judith Slater, who was fired on Feb. 28, frequently expressed an unwillingness to be near black people. Douglas is black, as are colleagues Tichaona Brown and Tabrese Wright, who filed suit against Fox last week.

Douglas, who is Panamanian, said in the lawsuit that Slater told her she wouldn't let her dogs eat food Panamanians eat. She said Slater frequently referred to her status as a breast cancer survivor, calling her the "one-boobed girl" and the like. Douglas said she complained about Slater's comments in 2014 and nothing was done.

Previously, Tichaona Brown and Tabrese Wright, two black women who work at Fox News Channel, filed a lawsuit in New York State Supreme Court in the Bronx against Fox for being subjected to "yearslong relentless racial" hostility at the hands of a top financial executive at the network who has since been fired.

The two women said their boss talked about her physical fear of black people, humiliated them by making them repeat words she believes blacks pronounce incorrectly and mocked the "Black Lives Matter" movement.

Judith Slater, the executive involved, asked Wright, a mother of three, whether all of her children had the same father, the lawsuit alleges.

Fox said it fired Slater on Feb. 28. She was the network's controller and senior vice president of accounting.

"There is no place for inappropriate verbal remarks like this at Fox News," the network said in a statement. "We are disappointed that this needless litigation has been filed."

Fox offered no contact information for Slater, and it was not immediately clear if she had hired a lawyer.

The allegations of racial insensitivity come on the same week that Fox's most popular personality, Bill O'Reilly, apologized for an on-air comment that he couldn't concentrate on a speech by California Rep. Maxine Waters, who is black, because he was distracted by her "James Brown wig."

Fox is also dealing with the legal fallout from last summer's forced departure of former CEO Roger Ailes because of sexual harassment charges, which he denied.

Brown and Wright's lawsuit alleges that Fox "intentionally turned a blind eye" to the climate of racial hostility until it was clear that it couldn't keep the matter in-house. The lawsuit said Slater was fired "because Fox knew this would become a public matter and wanted to salvage its reputation." News reports of Slater's firing began circulating late last week.

Fox said it takes these matters very seriously and that it took action against Slater before the lawsuit and before Wright had complained through her lawyer.

The women also said that "days before this lawsuit was filed," Brown was fired and Wright demoted. Fox said Brown was still a Fox employee and Wright made a lateral move, with the same pay and benefits.

The lawsuit also detailed complaints about the racial atmosphere at Fox by four other black employees who have since left the network.

In the lawsuit, the women said Slater had also made derogatory remarks about people of Chinese, Indian and Mexican descent.