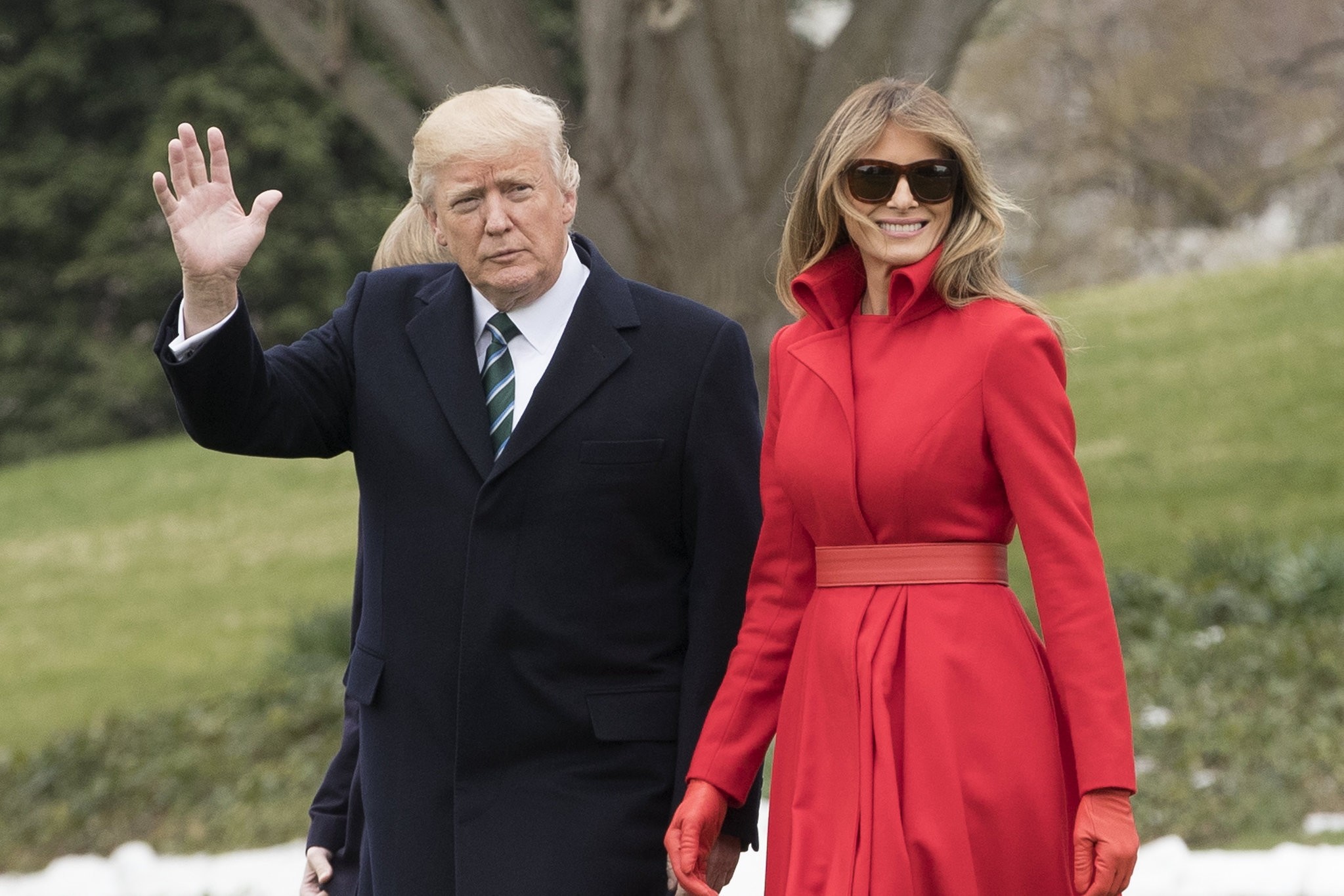 More than half a million people have signed a petition demanding that First Lady Melania Trump move into the White House or foot the expense of living in New York herself.

The Slovenian-born former model and mother of one has continued to live at her Manhattan penthouse apartment more than two months after husband Donald Trump was sworn in as 45th president of the United States.

The first lady has said that she and 11-year-old son Barron will move to Washington after the current school year ends in the summer.

New York expects to spend an average of $127,000-$146,000 a day for the police and $4.5 million annually for the fire department to protect the first lady and her child while they live in Trump Tower, city police chief James O'Neill wrote February in a letter to local members of Congress.

Police spent $24 million on protecting the family from election day on November 8, 2016 to inauguration day on January 20, on the eve of which the New York real estate tycoon moved to Washington.

"The US taxpayer is paying an exorbitant amount of money to protect the First Lady in Trump Tower," said the petition set up on Change.Org.

"As to help relieve the national debt, this expense yields no positive results for the nation and should be cut from being funded," it added.

The petition, which was started two weeks ago, has already been signed by more than 514,200 people. It has a goal of reaching one million supporters.

The petition is to be delivered to Senators Bernie Sanders and Elizabeth Warren, both prominent Trump opponents on the left of US politics.

The president has not returned to New York since moving to Washington but has spent multiple weekends at his estate in Palm Beach, Florida to the frustration of some residents there.

Signatories to the petition have left less than savory words for the first family's living arrangements.

"Melania not living in the White House is not only expensive but an insult to Americans," wrote Gary Strauss from Madison, Wisconsin on Tuesday.

"This exposes one of the many hypocrisies of this administration," added Roderick Grant of Huntington Station, New York.