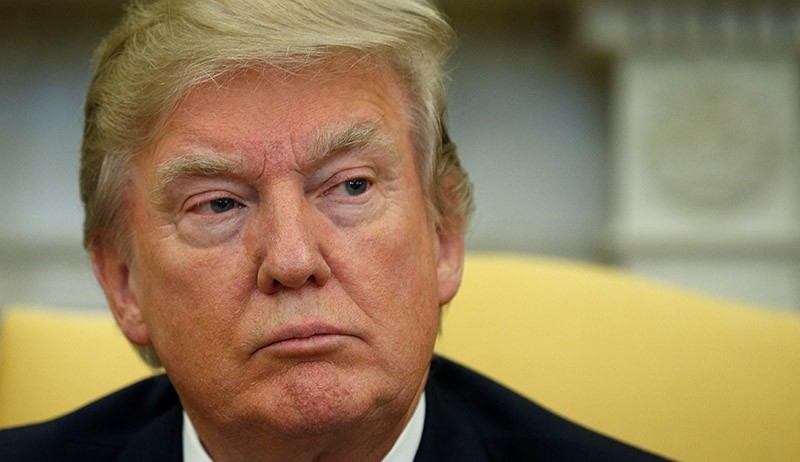 U.S. President Donald Trump looks up during his meeting with Egypt's Abdel Fattah al-Sisi in the Oval Office of the White House (Reuters Photo)
by Associated Press Apr 04, 2017 12:00 am

The Massachusetts city of Cambridge has passed a resolution calling for an impeachment investigation into President Donald Trump.

The Cambridge City Council passed the resolution Monday evening by a 7-1 vote. One council member abstained from voting.

Cambridge voted for Democrat Hillary Clinton in the presidential election.

The city is across the Charles River from Boston, and is home to Harvard University.