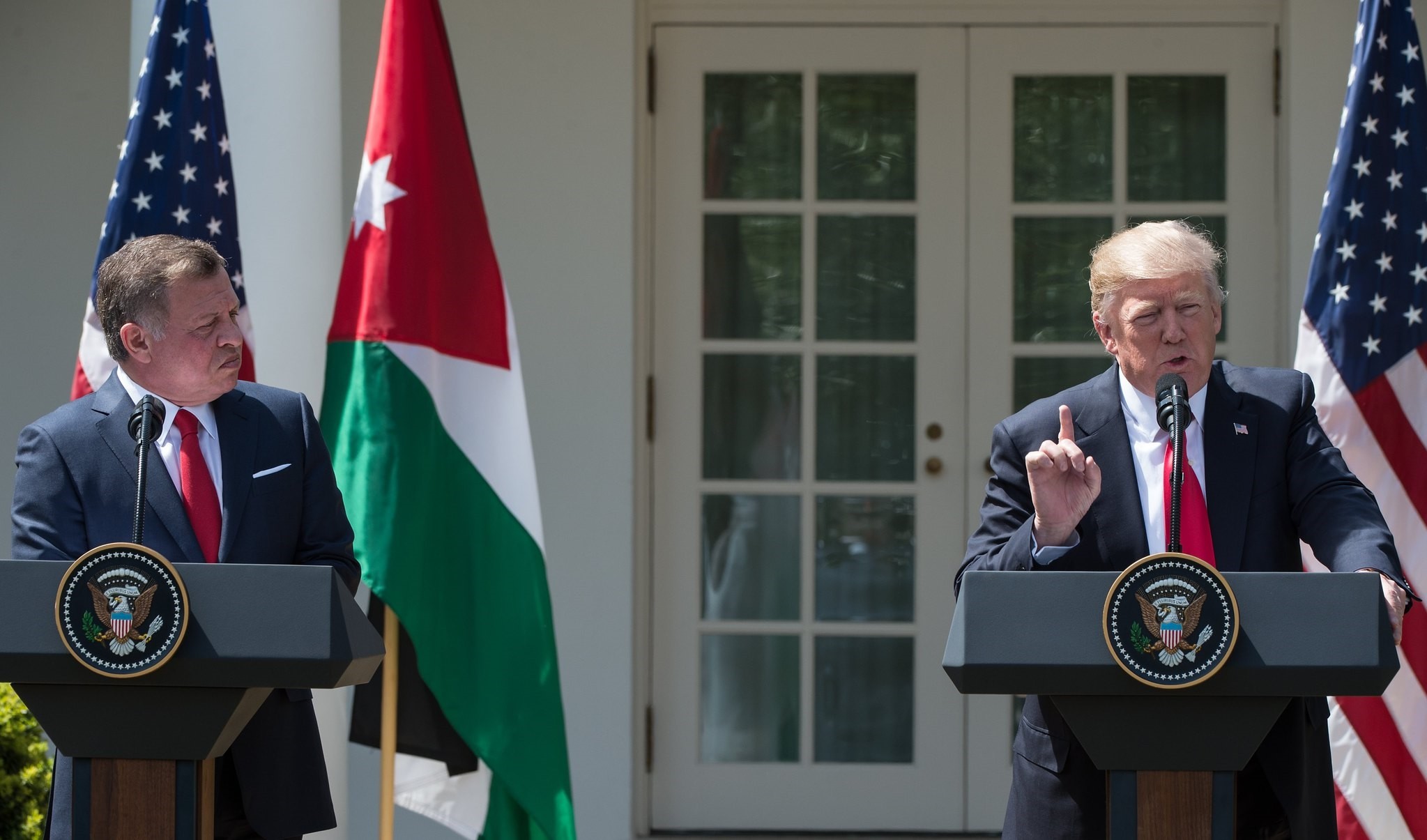 King Abdullah II of Jordan give a press conference with US President Donald Trump in the Rose Garden at the White House in Washington, DC, on April 5, 2017 (AFP Photo)
by Compiled from Wire Services Apr 05, 2017 12:00 am

U.S. President Donald Trump warned Wednesday that the Assad regime had crossed a line with its latest alleged chemical attack and faces a U.S. response.

Trump described the strike on the opposition-held town of Khan Sheikhun as an "affront to humanity" and warned it had changed his view of the Russian-backed Assad regime.


Previously the White House has said its sole focus in Syria is defeating the Daesh terrorist group, not on ending Assad's civil war against opposition fighters.

But Trump and other senior U.S. officials said that the latest attack, which doctors say caused the agonizing deaths of at least 72 people, had changed the calculus.

And he renewed his criticism of his predecessor Barack Obama who in 2013 famously failed to take action after Assad crossed a "red line" with a previous chemical attack.


He criticized his predecessor, Barack Obama, for drawing a "red line" on Syrian chemical weapon use, but failing to follow through when the line was crossed.

Trump indicated he does not want to telegraph U.S. strategy before taking action, having faulted Obama for doing so, and repeated Wednesday that Obama could have held Assad to account in 2013 when the former president laid down his red line on chemicals weapons use.

"It crossed a lot of lines for me," Trump said, at a joint White House news conference with Jordan's King Abdullah.

"I will tell you, it's already happened, that my attitude towards Syria and Assad has changed very much ... You're now talking about a whole different level."

Trump did not go into detail about what a U.S. response to the atrocity will be -- and he has previously opposed deeper U.S. military involvement in Syria's civil war.

But his statement that his attitude had changed came after the U.S. ambassador to the United Nations, Nikki Haley, had warned of unilateral American action.

"When the United Nations consistently fails in its duty to act collectively, there are times in the life of states that we are compelled to take our own action," she said.