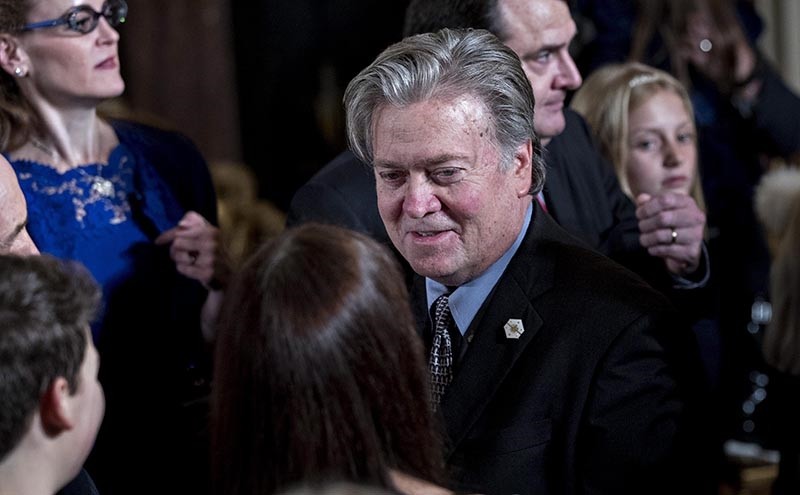 A new memorandum about the composition of the NSC was published in the Federal Register on Wednesday. The memo no longer lists the chief strategist as a member of the Principal's Committee, a group of high-ranking officials that convene to discuss pressing national security priorities.

The new memo also restores the director of national intelligence and the Joint Chiefs chairman to the Principal's Committee.

Bannon's addition to the NSC sparked concerns from Trump critics, who said it was inappropriate for the political adviser to play a role on national security matters.

Trump also reportedly downgraded the role of homeland security advisor Tom Bossert on the panel, according to Bloomberg, which cited a government document and people familiar with the decision.

A senior White House official, speaking on condition of anonymity, said Bannon's presence on the NSC was no longer needed after the departure of Trump's first national security adviser, Michael Flynn.

Flynn was forced to resign in February over his contacts with Russia's ambassador to the United States, Sergei Kisylak, prior to Trump's taking office on Jan. 20.

The official said Bannon had been placed on the NSC originally as a check on Flynn and had only ever attended one of the NSC's regular meetings.