Tillerson says US missile strikes in Syria bear message for others 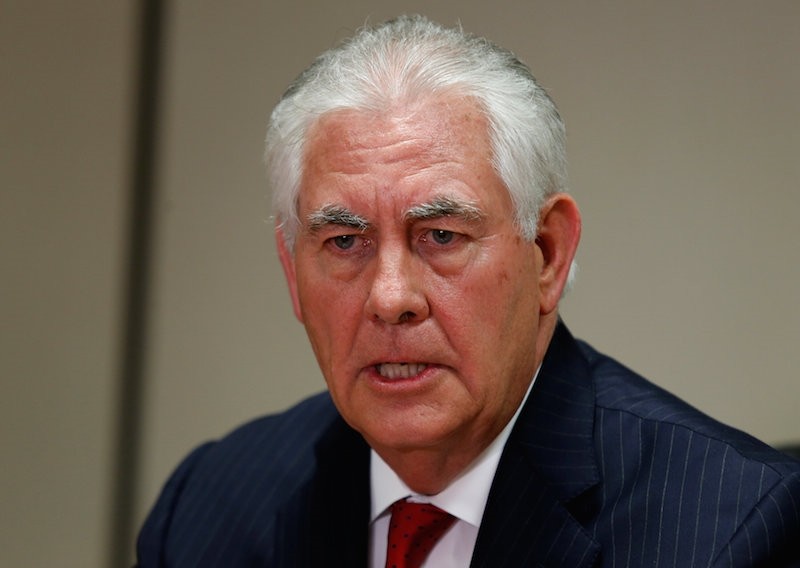 U.S. Secretary of State Rex Tillerson has said that the missile strikes against a Syrian air base, which came in retaliation for a chemical weapon attack, carry a message for any nation operating outside of international norms.

"If you violate international agreements, if you fail to live up to commitments, if you become a threat to others, at some point a response is likely to be undertaken," Tillerson told ABC's "This Week."

There was little doubt the missile strikes would be seen in North Korea's Pyongyang as a message. The North has long claimed that the U.S. is preparing some kind of assault against it and justifies its nuclear weapons as defensive in nature.

U.S. Navy ships are a common presence in the Korean Peninsula region and serve in part as a show of force. On Saturday night, the Pentagon said a Navy carrier strike group was moving toward the western Pacific Ocean to provide more of a physical presence in the region.

North Korea has pledged to bolster its defenses to protect against such airstrikes. The North called the U.S. action in Syria "absolutely unpardonable" and said it proves that its nuclear weapons are justified to protect the country against Washington's "evermore reckless moves for a war."

The comments were made by a Foreign Ministry official and carried by North Korea's state-run Korean Central News Agency on Sunday. The report did not name the official, which is common in KCNA reports.

In appearances on the Sunday news shows, Tillerson said advances in North Korea's ballistic missile program concerned the U.S. the most. Asked on ABC if development of an intercontinental missile was a "red line" for Trump, Tillerson said: "If we judge that they have perfected that type of delivery system, then that becomes a very serious stage of their further development."

"I think there's a shared view and no disagreement as to how dangerous the situation has become," Tillerson said on CBS' "Face the Nation". "And I think even China is beginning to recognize that this presents a threat ... to China's interests as well."

Trump and South Korea's leader, acting President Hwang Kyo-Ahn, spoke by phone on Friday, according to the White House, which said they agreed to stay in close contact about North Korea and other issues.

Trump has said China, with its ties to North Korea, should deal with its neighbor, but that the U.S. was prepared to act on its own if necessary.