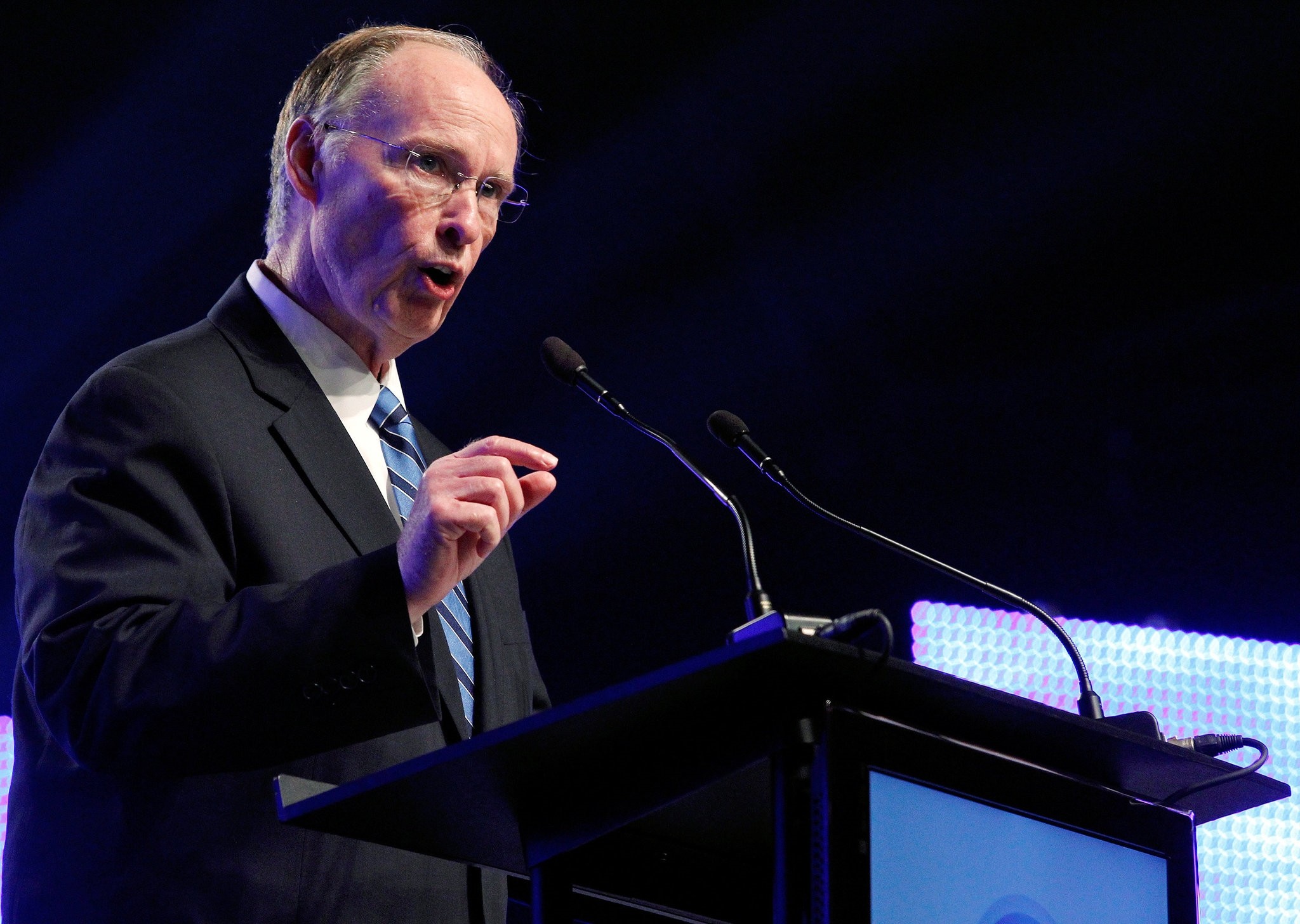 The attorney general's office announced the resignation Monday with a plea deal.

Bentley was addressing the media Monday afternoon at the Alabama Capitol. Lt. Gov. Kay Ivey's announced that she will be sworn-in this evening as Alabama's governor at 6 p.m.

Bentley's voice began choking with emotion as he addressed reporters at the Alabama Capitol. He said he always tried to live up to the high expectations placed on the person who holds the esteemed office. He apologized for mistakes.

Alabama's Ethics Commission last week found probable cause that Bentley violated state ethics laws with his handling of an alleged affair and referred the case to prosecutors.