China to get better trade deal if it helps on North Korea, Trump says 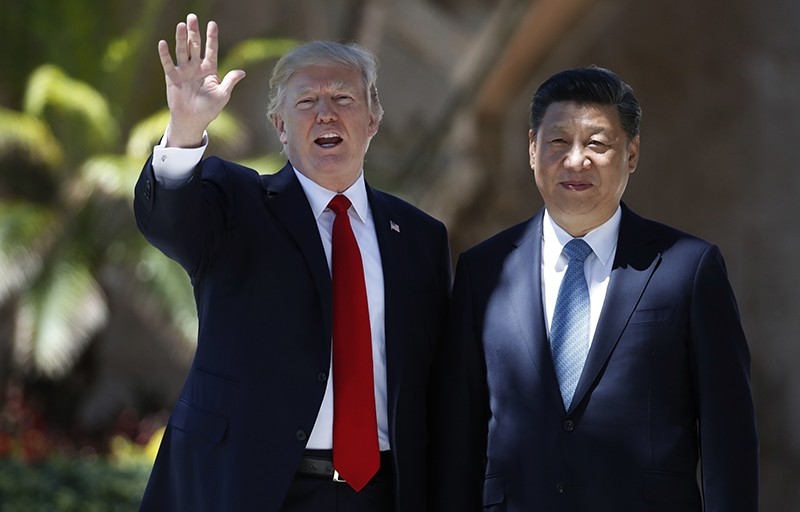 President Donald Trump says he tried to persuade China's leader last week to pressure North Korea to stop its nuclear program in exchange for a good trade deal with the U.S.

Trump tweeted Tuesday, "I explained to the President of China that a trade deal with the U.S. will be far better for them if they solve the North Korean problem!"

In a second tweet he wrote, "North Korea is looking for trouble. If China decides to help, that would be great. If not, we will solve the problem without them! U.S.A."

North Korea is looking for trouble. If China decides to help, that would be great. If not, we will solve the problem without them! U.S.A.

The president made clear his hope that China will pressure its neighbor and close ally to stop its nuclear program.

He has also repeatedly hammered China for exporting more goods to the U.S. than it imports.

North Korea launched a ballistic missile into the Sea of Japan last week, one day before Trump and Xi met at his Mar-a-Lago resort for talks that centred on U.S.-Sino trade and Pyonyang's nuclear programme.

The U.S. responded to North Korea's launch on Saturday by rerouting warships on their way to Australia to the waters off Korea.

The international community also is concerned that North Korea could be working on an intercontinental ballistic missile with the potential to reach the western United States as well as other countries closer to North Korea.