US accuses Russia of trying to cover up Syria chemical attack 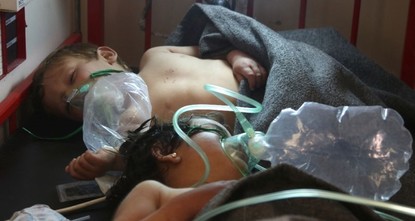 A senior U.S. administration official on Tuesday accused Russia of embarking on a misinformation campaign designed to "confuse the world" about what Washington says is the Assad regime's use of sarin against its own people.

Speaking on condition of anonymity to discuss sensitive intelligence matters, the official said that Moscow was systematically trying to deflect blame away from the regime and onto opposition and the Daesh terrorist group -- against all evidence.

The official added that U.S. intelligence does not believe that the Daesh terrorist group has sarin, the powerful chemical agent Washington is "confident" was used against the opposition-held town of Khan Sheikhun.