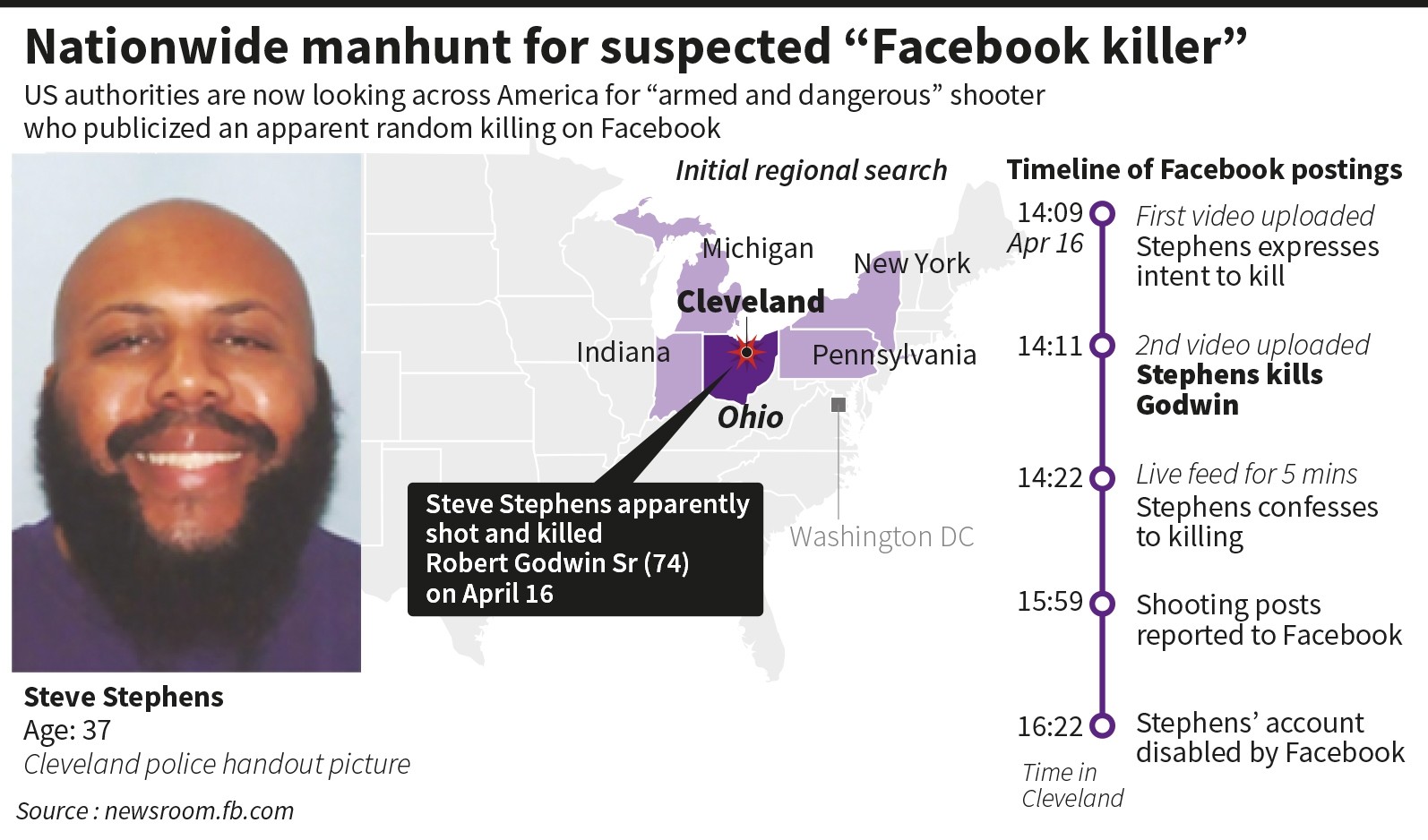 The man who police said posted a video of himself on Facebook killing an elderly man shot and killed himself after a "brief pursuit" by Pennsylvania State Police officers on Tuesday, police said.

Steve Stephens was accused of shooting Robert Godwin Sr. on a Cleveland sidewalk on Sunday before fleeing in a car and uploading a video of the murder to Facebook, becoming the subject of a nationwide manhunt.

The last confirmed sighting of Stephens was at the scene of the shooting, where he apparently singled out the victim, Robert Godwin Sr., 74, at random.

The shooting marked the latest video clip of a violent crime to turn up on Facebook, raising questions about how the world's biggest social media network moderates content.

The company on Monday said it would begin reviewing how it monitors violent footage and other objectionable material in response to the killing.

Stephens is not believed to have known Godwin, a retired foundry worker who media reports said spent Easter Sunday morning with his son and daughter-in-law before he was killed.

"I want him to know what he took from us. He took our dad," Godwin's daughter Tammy told CNN on Monday night. "My heart is broke."

Godwin's son Robby Miller said he wanted the shooter brought to justice and for his family to have closure. "I forgive him because we are all sinners," he said. "If you are out there, if you're listening, turn yourself in."

Facebook vice president Justin Osofsky said the company was reviewing the procedure that users go through to report videos and other material that violates the social media platform's standards. The shooting video was visible on Facebook for nearly two hours before it was reported, the company said.