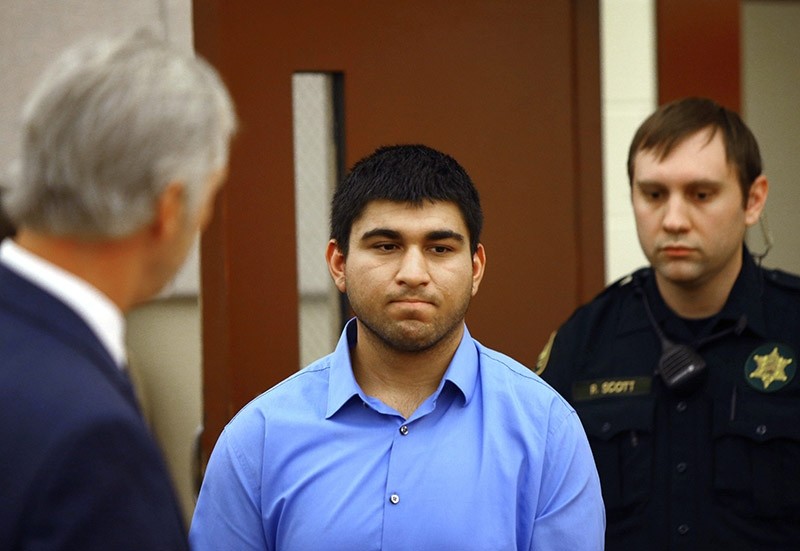 Suspect Arcan Cetin appears for his arraignment on murder charges in the killing of five people, in Mt. Vernon, Washington (Reuters File Photo)
by Compiled from Wire Services Apr 18, 2017 12:00 am

A man charged with killing five people at a mall in Washington state last year was found dead in his jail cell in an apparent suicide, authorities said Monday.

Arcan Çetin, 20, who was awaiting trial in the case, apparently committed suicide and was discovered in his cell late Sunday.

The Turkish-born Cetin was charged with five counts of first-degree murder after the September 23, 2016 killings that left a teenage girl, three women and a man dead.

The FBI at the time said there was no evidence the shooting was terror-related and Çetin's father told media that his son had mental health issues.

Çetin admitted in interviews with investigators to the killing spree at the Cascade shopping mall but gave no motive.

Local media said Çetin was awaiting a second mental-competency evaluation while being held at the Snohomish County jail.

He faced the death penalty if found guilty.

The family of victim Chuck Eagan said in a written statement they were shocked by the death.

"We pray that the man repented to God before his death," the statement said. "While this event puts to rest our fear of his release, we harbor no ill will towards Mr. Çetin or his family and pray for their comfort as we know all too well the pain of grief."

The 20-year-old had a history of violent behavior toward his family and ex-girlfriend. Çetin's stepfather, David Marshall, said the family had been trying to get Cetin help for mental health issues.

He said he had watched beheadings by the Daesh terrorist group online but considered such terrorist actions wrong.

Asked if Daesh had inspired the mall killings, Çetin responded, "I can't answer that," police wrote.