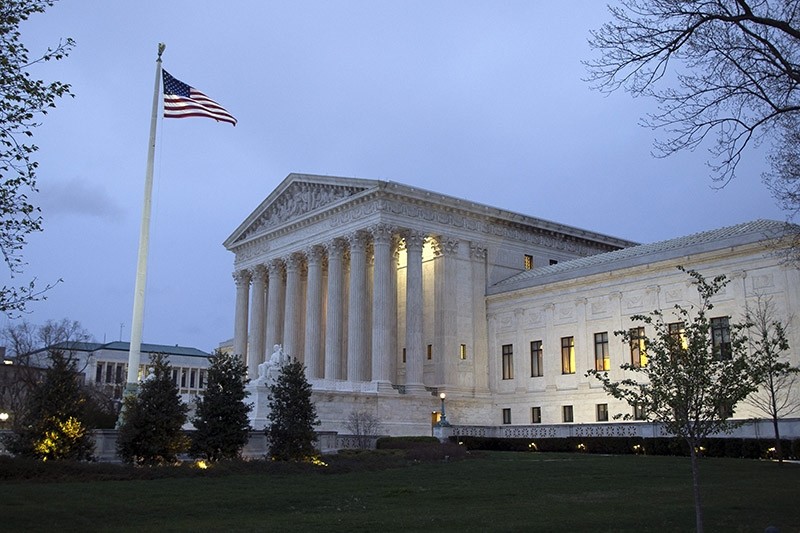 The U.S. Supreme Court spared the life of an Arkansas inmate minutes before his death warrant was set to expire Monday, scuttling efforts to resume capital punishment after nearly 12 years in a state with an aggressive plan to carry out four double executions before its supply of a lethal injection drug expires.

The court's decision was the second time Don Davis had been granted a reprieve shortly before execution — he was within hours of death in 2010. It capped a chaotic day of legal wrangling in state and federal courts to clear the primary obstacles Arkansas faced to carrying out its first executions since 2005.

Davis had been served a last meal of fried chicken, rolls, beans, mashed potatoes and strawberry cake hours earlier, and witnesses were being moved toward the execution chamber when the Supreme Court ruled. The state was rushing to win approval to execute Davis before his death warrant expired at midnight.

Gov. Asa Hutchinson, who had set the schedule of multiple executions, said the state would continue to push for the other lethal injections to be carried out. Two inmates are set to be put to death on Thursday.

"While this has been an exhausting day for all involved, tomorrow we will continue to fight back on last minute appeals and efforts to block justice for the victims' families," Hutchinson said in a statement.

Davis was sentenced to death for the 1990 death of Jane Daniel in Rogers, Arkansas. The woman was killed in her home after Davis broke in and shot her with a .44-caliber revolver he found there.

"It is heartbreaking that the family of Jane Daniel has once again seen justice delayed," Attorney General Leslie Rutledge said in a statement. "Davis was convicted of his crimes in 1992."

The high court's order offered no explanation, but none of the justices voted in favor of lifting the stay. Monday marked the first day that the U.S. Supreme Court was in session with new Justice Neil Gorsuch on the bench.

The legal fighting had centered on a series of planned lethal injections that, if carried out, would mark the most inmates put to death by a state in such a short period since the U.S. Supreme Court reinstated the death penalty in 1976. The state scheduled the executions to take place before its supply of midazolam, a lethal injection drug, expires at the end of April. State and federal court rulings have stayed executions for two other inmates, and the state has yet to appeal those decisions.

Davis and Bruce Ward were originally set to be executed Monday night and had been granted stays by the state Supreme Court earlier that day. The state appealed the stay for Davis but decided not to challenge the stay for Ward. Attorneys had asked for the stay while the U.S. Supreme Court takes up a separate case concerning inmates' access to independent mental health experts.

"The Arkansas Supreme Court recognized that executing either man, before the Court answers this question...would be profoundly arbitrary and unjust," Scott Braden, an assistant federal public defender for the inmates, said earlier Monday

The U.S. Supreme Court ruling came hours after the state had cleared two of the main obstacles to resuming executions. The 8th U.S. Circuit Court of Appeals reversed a federal judge's ruling blocking the executions over the use of midazolam, a sedative used in flawed executions in other states. The state Supreme Court also lifted a lower court ruling preventing the state from using another lethal injection drug that a supplier said was sold to be used for medical purposes, not executions.

Davis' execution would have come two years after Arkansas enacted a measure making secret the source of its lethal injection drugs, a move officials said was necessary to find new supplies. Despite the secrecy measure, prison officials have said it will be very difficult to find a supplier willing to sell Arkansas midazolam after its current stock expires.