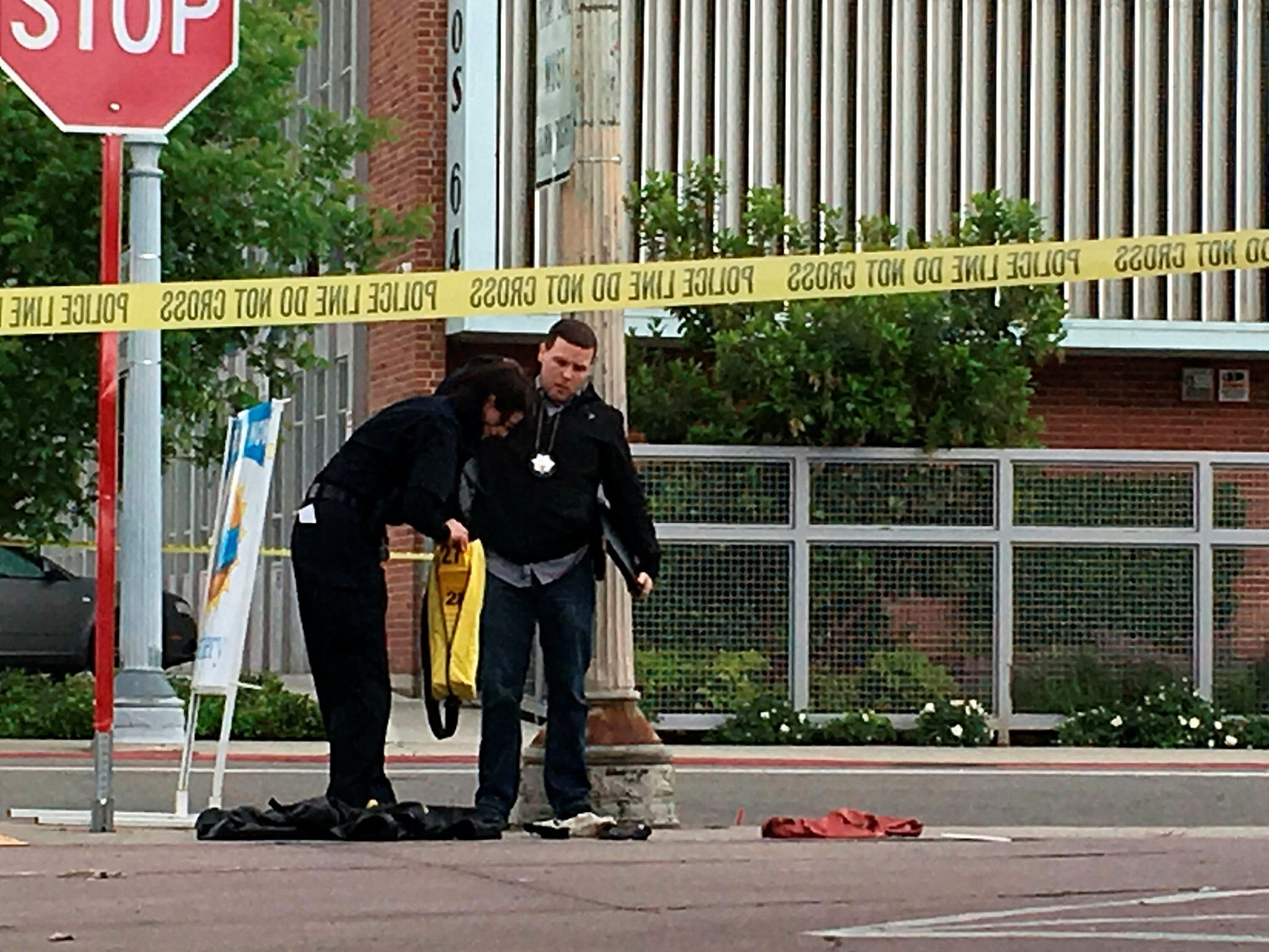 Fresno police stand next to a pile of clothes in front of a corner market in the neighborhood where the shootings occurred in Fresno, California, April 18.
by Compiled from Wire Services Apr 20, 2017 12:00 am

An African-American suspect arrested for killing three in a shooting spree in central California, U.S., exposes an increasing gun violence problem in the country

A 39-year-old man went on a shooting spree in the central California town of Fresno on Tuesday, killing three and injuring another before being arrested, authorities said. The rampage is likely to reignite a long-running debate in the U.S. on gun control, an issue that has dogged successive administrations.

Fresno Police Chief Jerry Dyer told reporters that Muhammad, an African-American man, who used the alias "Black Jesus," shouted "Allahu akbar" as he was being taken into custody. He added that Muhammad had also indicated to police and in postings on his Facebook page that he hated white people and the government.

"This was a random act of violence," Dyer said. "These were unprovoked attacks by an individual who was intent on carrying out homicides today." He added that there was every reason to believe Muhammad had acted alone.

Lieutenant Mark Hudson, a police spokesman, told AFP the FBI had been contacted about the killings and it was too early to say whether they were terror-related. A spokeswoman for the FBI declined comment, referring media inquiries to local police.

Dyer said Tuesday's victims were all white males, as was the security guard, and one was shot while sitting in the passenger seat of a car. Dyer said Muhammad had a criminal history including for weapons violations, drugs and making terrorist threats. He said he was known to be homeless at times and had associated with gangs. Muhammad faces four counts of murder and two counts of attempted murder, authorities said. Hudson said the weapon used in the killings had not been recovered as yet.

More than 30,000 people are killed in gun-related violence in the U.S. every year, half of them between the ages of 18 and 35, according to statistics. So far this year, there have been more than 17,700 incidents involving guns nationwide and 4,405 fatalities, Gun Violence Archive, a non-profit group, said on its website. It said the victims include at least 184 children up to 11 years old and 914 teenagers between the ages of 12 and 17.

Meanwhile, President Donald Trump has yet to spell out his policy on gun control. With Republicans in control of the White House and Congress, some critics fear his administration will ease restrictions.

In the U.S., more children have experienced gun violence, the reports also reveal. Last October, an incident occurred in San Francisco, California where four people were wounded, in a shooting that erupted at a high school parking lot. The incident was part of a series of mass shootings at U.S. schools that has fueled the debate about gun violence.

There have been at least 196 school shootings in the U.S., an average of nearly one in a week in 2016, according to a report released by Every Town for Gun Safety. The report also states that the South Carolina shooting was the 37th school shooting of 2016 and the sixth since the start of the fall term.
RELATED TOPICS