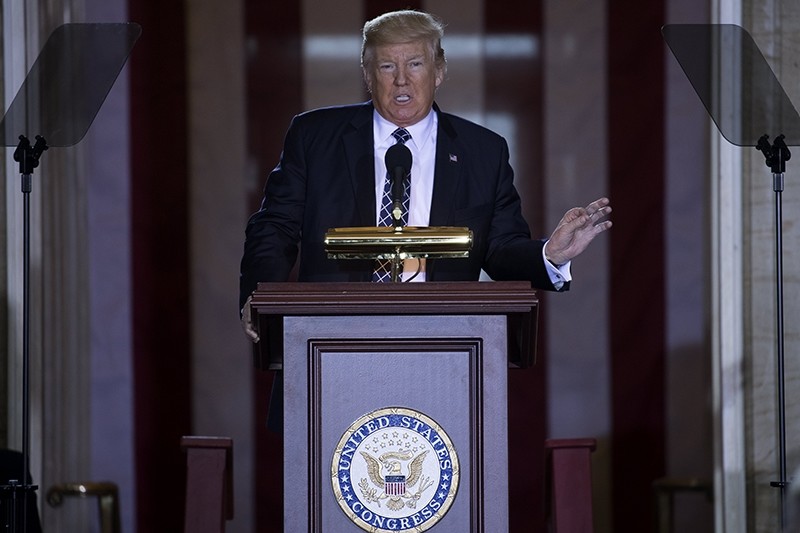 U.S. President Donald Trump promised to fight anti-Semitism on Tuesday, seeking to put behind him a series of missteps over the issue that have dogged his presidency.

His forcefully worded pledge comes after a string of threats against Jewish community centers across the country this year that raised concerns about rising anti-Semitism during last year's election and the first months of Trump's administration.

"This is my pledge to you: We will confront anti-Semitism," Trump said during a speech on Capitol Hill as part of the U.S. Holocaust Memorial Museum's National Days of Remembrance. "We will stamp out prejudice. We will condemn hatred. We will bear witness and we will act."

"As president of the United States, I will always stand with the Jewish people," he added.

The White House raised eyebrows on International Holocaust Remembrance Day in January by issuing a statement that made no mention of the six million Jews killed in the Nazi genocide.

Trump also drew fire in February for remaining silent for several days over anti-Semitic threats against Jewish community centers, before condemning them as "horrible" and "painful."

And earlier this month, White House spokesman Sean Spicer prompted outrage around the world by seeming to downplay Adolf Hitler's atrocities in comments about Syria.

"Today we remember the six million Jewish men, women and children whose lives and dreams were stolen from this earth," Trump said on Tuesday. "We remember the millions of other innocent victims, the Nazis so brutally targeted and so brutally killed."

"Denying the Holocaust is only one of many forms of dangerous anti-Semitism that continues around the world."