Trump walks out of interview with CBS over wiretapping questions 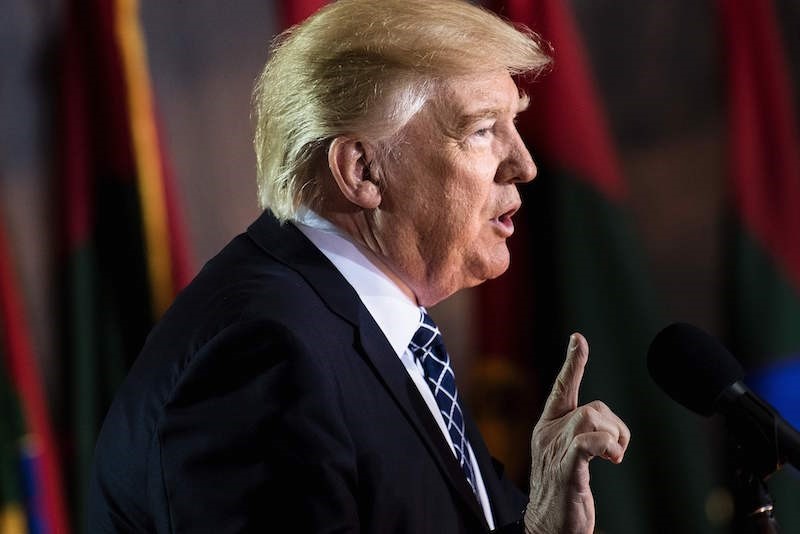 Trump Dickerson in the interview that aired Monday that Obama had been "very nice" to him in person, but "words are less important to me than deeds. And you saw what happened with surveillance."

When Dickerson pressed the President on his claims that Obama had wire tapped Trump Tower, Trump responded, "I think our side's been proven very strongly and everybody's talking about it and frankly, it should be discussed," adding, "We should find out what the hell is going on."

Dickerson then said, "I'm asking you because you don't want it to be fake news. I want to hear it from President Trump," to which Trump responded, " You don't have to ask me."

The CBS news anchor pressed further and Trump said, "That's enough. Thank you. Thank you very much." He then walked away from Dickerson and sat down at his desk in the Oval Office.

The abrupt end of the interview came in contrast to some of the smoother Trump interviews recently, especially those aired on conservative-themed shows on Fox News.

Trump was also drawing attention for a separate interview with the Washington Examiner newspaper in which he appeared to question the reasons for the U.S. Civil War.

In praising former president Andrew Jackson, who served from 1829 to 1837, Trump seemed to imply that Jackson would have been able to avert the Civil War if he had served as president later.

"People don't ask that question. But why was there the Civil War? Why could that one not have been worked out?" Trump asked.

Jackson died in 1845, years before the 1861-65 Civil War that saw the southern U.S. states withdraw from the country over slavery.

As for the wiretapping claims, Trump had previously tweeted March 4 that "Obama had my 'wires tapped' in Trump Tower just before the victory."

Throughout his first 100 days as president, Trump has repeatedly lashed out at the mainstream U.S. media for spreading "fake news" and most recently skipped the annual White House Correspondents' Dinner to attend a rally in Pennsylvania, accusing the media of unfair criticism.