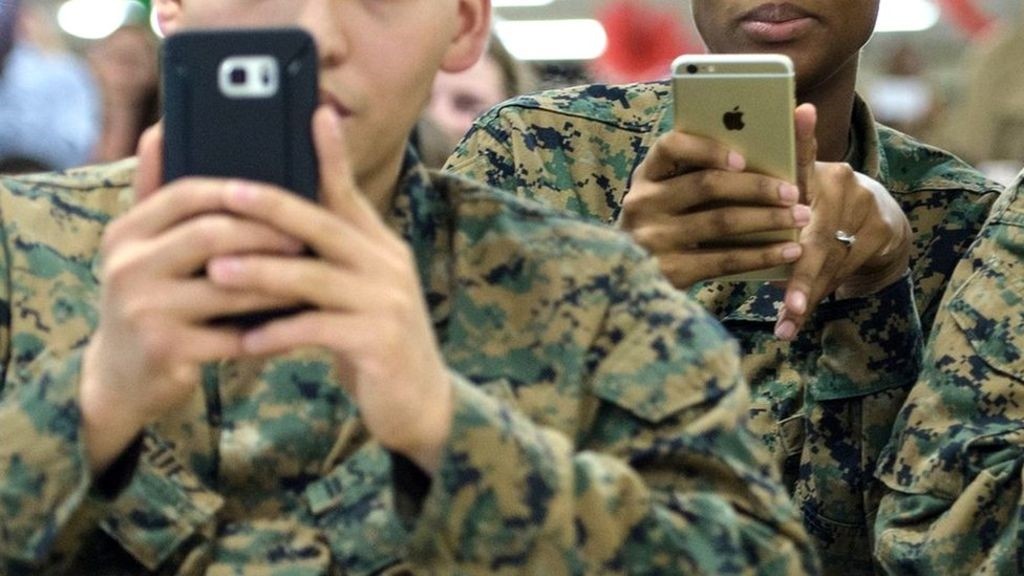 Months before the nude Marine photo-sharing scandal erupted, service members were complaining about a similar issue in an anonymous Defense Department survey on sexual assault and harassment.

In a report issued Monday, the Pentagon said that nearly 6,200 military members said that sexually explicit photos of them were taken or shared against their will by someone from work, and it made them "uncomfortable, angry or upset." And, across the services, female Marines made up the largest percentage of women who complained.

More than 22,000 service members said they were upset or angry when someone at work showed or sent them pornography. And, again, female Marines represented the highest percentage of complaints from women.

The responses reflect a growing concern across the military about inappropriate social media behavior. The scandal came to light last month when sexually explicit photos of female and male Marines were being shared on a secret Facebook page. The revelation triggered a wide-ranging criminal investigation that now encompasses all the services, and has prompted changes and restrictions in military social media policies.

The latest survey results, however, make it clear that the issue has long been simmering in the military.

Nate Galbreath, deputy director of the Pentagon's sexual assault prevention office, said the results "tell us that this is a problem and we have to start having more conversations about social media behavior."

The survey was released as part of the annual report on sexual assault and harassment in the military. It found that reports of sexual assaults in the military increased slightly last year, and more than half the victims reported negative reactions or retaliation for their complaints.

Defense officials, however, said the anonymous survey done as part of the report showed some progress in fighting sexual assault, as fewer than 15,000 service members described themselves as victims of unwanted sexual contact. That is 4,000 fewer than in a 2014 survey.

Because sexual assault is a highly underreported crime, the Pentagon has used anonymous surveys for several years to track the problem. The survey was sent to more than 735,000 service members between June and October 2016, and more than 150,000 responded.

The two social media questions were asked for the first time in last year's survey, Galbreath said, because the issue was becoming more of a concern.

The Marine Corps is the smallest military service, so while the percentages were the largest, the actual numbers of people affected were likely smaller than the other services.

Separately, the data released by the Pentagon on Monday showed there were 6,172 reports of sexual assault filed in 2016, compared to 6,083 the previous year. The largest increase occurred in the Navy, with 5 percent more reports. There was a 3 percent jump in the Air Force. The Army and Marine Corps had slight decreases.

For more than a decade, the Defense Department has been trying to encourage more people to report sexual assaults and harassment. The agency says greater reporting allows more victims to seek treatment.

On retaliation, it found that 58 percent of victims last year said they faced some type of "negative behavior," but only 32 percent described circumstances that could legally be described as retribution. This includes professional retaliation, administrative actions or punishments. In 2015, 38 percent reported such actions.

Retaliation has been a difficult issue to sort out, and the Defense Department has been adjusting its measurements for several years. It seeks to differentiate between more serious workplace retribution and social snubs that, while upsetting, are not illegal.

The anonymous survey, meanwhile, showed a steady decline in the number of service members saying they experienced unwanted sexual contact, which can be anything from inappropriate touching to rape.