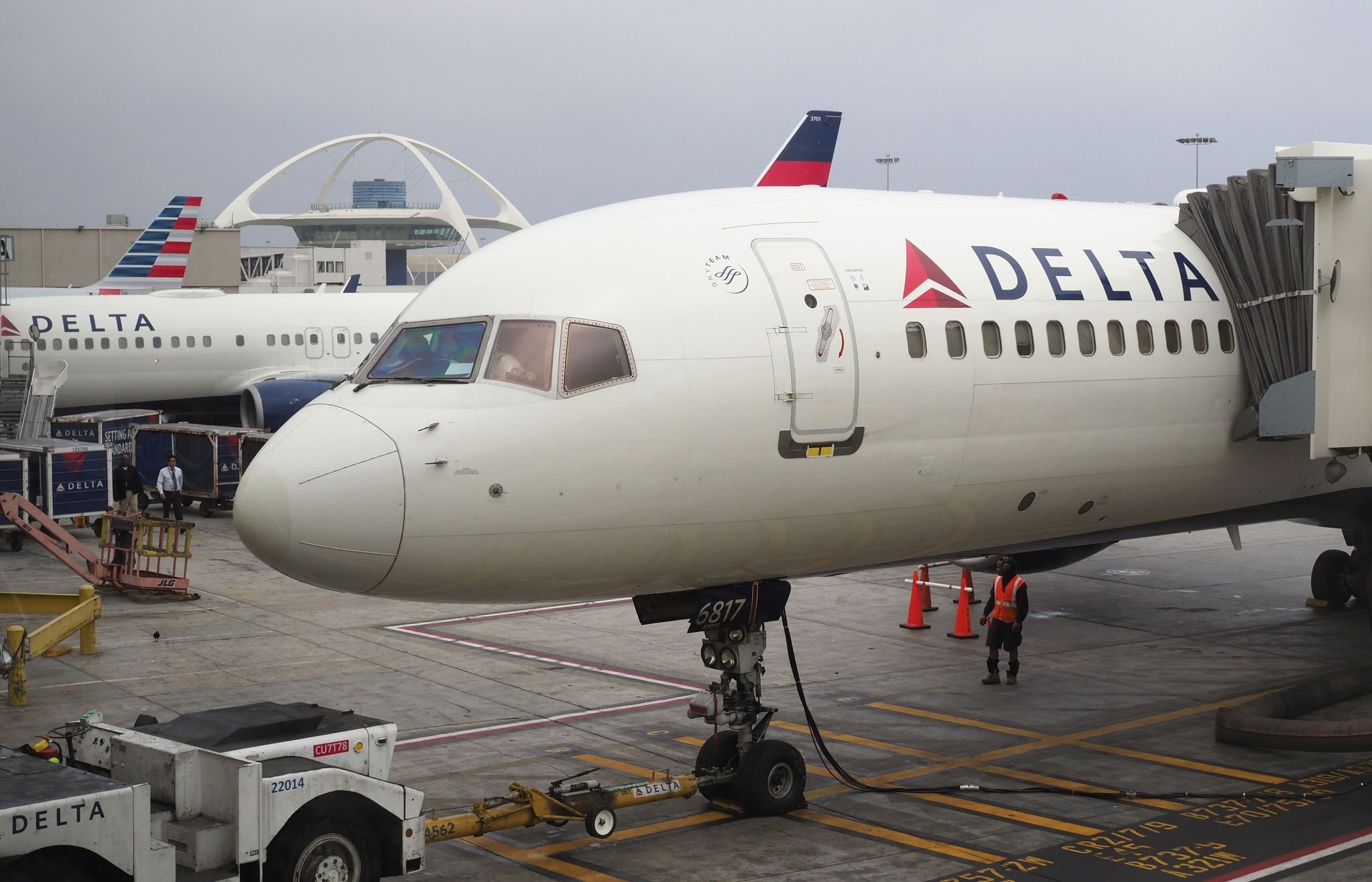 A passengers waits for a Delta Airlines flight in Terminal 5 at Los Angeles International Airport, May 4, 2017 in Los Angeles, California. (AFP Photo)
by Daily Sabah with Wires May 05, 2017 12:00 am

A couple wanting to fly from Maui, Hawaii to Los Angeles on April 23, was refused separate seating for their toddler, and, following a row with airplane staff during which threats were hurled at the family, were forced to leave the airplane in fear and frustration. Delta Airlines apologized after a Youtube video of the incident went viral, however, Delta Airlines and United Airlines have repeatedly been making headlines with their rough and violent treatment towards customers.

Brian and Brittany Schear had their two-year-old and one-year-old children with them as they boarded a Delta Airlines flight in order to return to Los Angeles from Maui. The family had also booked a seat for their 18-year-old son, who had returned home with an earlier flight. The family wanted to put the two-year-old in the extra seat, as they thought it would be safer, but the crew refused, stating that tickets could not be transferred and that name changes were not allowed.

A row erupted, and staff got increasingly rude, threatening, among other things, the family with jail terms for the adults and alluding foster care for the children. The couple then left the flight, having to pay an extra $2,000 to take another flight the next day.

The Los Angeles Times, who covered the incident, evaluated Delta rules applying to toddlers and said they were "confusing". The Federal Aviation Administration "strongly urges" that infants be in a car seat, but those under two can be held in a parent's lap. Delta recommends that parents buy a seat for children under 2 and put them in an approved child-safety seat, which runs contrary to the instructions the family were given by the flight crew.

Brittany Schear recorded the incident and the family uploaded the video on Youtube, where it has been viewed over 3 million times so far.

Delta responded on Thursday, saying it was "sorry for the unfortunate experience" and would offer compensation. Later on the same day, the company issued a second statement saying that it had reached out to the family to refund their travel expenses and provide additional compensation. The statement added: "Delta's goal is to always work with customers in an attempt to find solutions to their travel issues."

However, this is not the first case of rude behavior towards customers on Delta Airline flights. In April, a passenger was kicked off a plane as he wanted to use the loo after a long delay in take-off, and also in May press reports claimed that an angry staff member knocked a cellphone out of the hands of a 12-year old boy.

Brian Schear claims that his flight had been overbooked and that as he left, four people were waiting to board to take the seats vacated by his family. This also recalls a United Airlines incident that took place in April, when a man was literally dragged off an overbooked flight and suffered serious injuries.

According to Reuters, the current apology by Delta Airlines came on the same day as members of a U.S. Senate committee held a hearing on the industry's customer service failures.