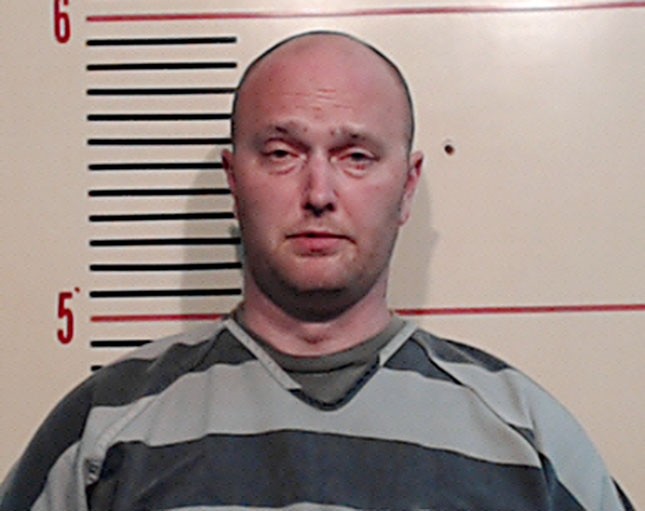 A white Texas police officer faces a murder charge in the shooting of a black teenager after being fired earlier in the week, authorities said Friday.

Roy Oliver turned himself in Friday night, just hours after the Dallas County Sheriff's Office issued a warrant for his arrest in the April 29 death of 15-year-old Jordan Edwards. Oliver, a former officer in the Dallas suburb of Balch Springs, was later released after posting bail at the Parker County Jail in Weatherford, about 95 miles west of Dallas. His bond had been set at $300,000.

The sheriff's office said in a statement the warrant was issued based on evidence that suggested Oliver "intended to cause serious bodily injury and commit an act clearly dangerous to human life that caused the death."

Oliver fired a rifle at a car full of teenagers leaving a party, fatally shooting Edwards who was a passenger in the vehicle. The teen's death led to protests calling for Oliver to be fired and charged. On Tuesday, the same day that the officer was fired, news broke of the Justice Department's decision not to charge two white police officers in Baton Rouge, Louisiana, in the shooting death of a black man in 2016. And a white officer in North Charleston, South Carolina, pleaded guilty that day to federal civil rights charges in the fatal shooting of a black man in 2015.

Edwards and his two brothers and two other teenagers were leaving an unruly house party in Balch Springs when Oliver opened fire on their car with a rifle. The bullets shattered the front passenger-side window and struck Edwards. It took a few moments for Edwards' 16-year-old brother, who was driving, and other passengers to notice that he was slumped over in his seat.

Police had said the teenagers' car was backing up toward officers "in an aggressive manner," but later said body camera video showed the vehicle actually driving away from the officers.

The investigation into the shooting "will continue and does not conclude with the arrest," sheriff's spokeswoman Melinda Urbina said.

Attorneys for Oliver and the family of Edwards didn't respond to requests for comment.

Oliver's firing Tuesday was for violating department policies in the shooting.

Records show that Oliver was briefly suspended in 2013 following a complaint about his conduct while serving as a witness in a drunken-driving case.

Personnel records from the Balch Springs Police Department obtained by The Associated Press show Oliver was suspended for 16 hours in December 2013 after the Dallas County District Attorney's Office filed the complaint. Oliver also was ordered to take training courses in anger management and courtroom demeanor and testimony.

The personnel records also included periodic evaluations that noted at least one instance when Oliver was reprimanded for being "disrespectful to a civilian on a call." That evaluation, dated Jan. 27, 2017, called the reprimand an isolated incident and urged Oliver to be mindful of his leadership role in the department.

The complaint from the prosecutor's office said the office had a hard time getting Oliver to attend the trial, he was angry he had to be there, he used vulgar language that caused an assistant district attorney to send a female intern out of the room, and he used profanity during his testimony.

"In an email from one of the prosecutors he states you were a 'scary person to have in our workroom,'" then-Balch Springs Police Chief Ed Morris wrote in the suspension findings.

Oliver joined the Balch Springs department in 2011 after being an officer with the Dalworthington Gardens Police Department for almost a year. A statement from Dalworthington Gardens officials on Wednesday included details of that and previous intermittent employment as a dispatcher and public works employee between 1999 and 2004.

He received an award for "meritorious conduct" as a dispatcher and there were no documented complaints or disciplinary action in either his work as a public safety officer or dispatcher, according to the statement. Between his employment as a dispatcher and officer in the Dallas suburb, Oliver was in the U.S. Army, rising to the rank of sergeant while serving two tours in Iraq and earning various commendations. He served for two years in the Texas National Guard reserves through 2012.