Obama compares being US president to imprisonment 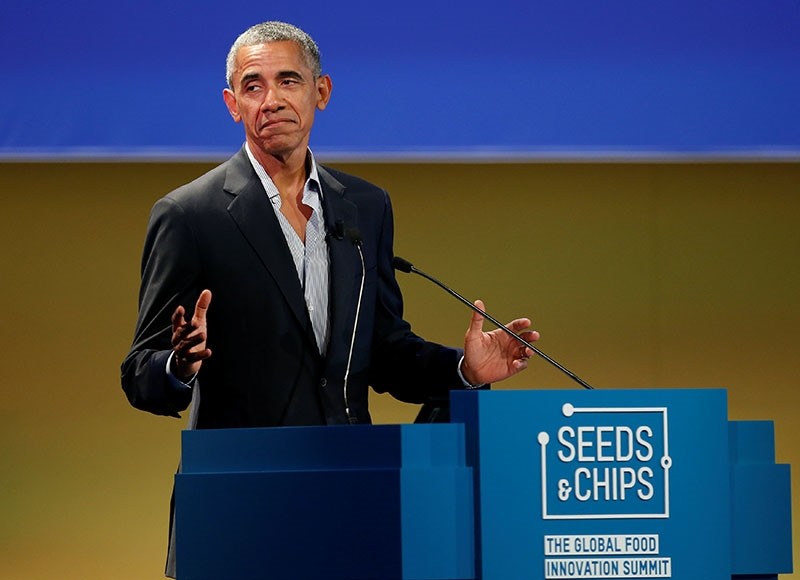 Former U.S. President Barack Obama talks during the Global Food Innovation Summit in Milan, Italy May 9, 2017 (Reuters Photo)
by May 09, 2017 12:00 am
Barack Obama says he does not miss the security constraints that came with his old job as president of the United States.

Speaking at a food conference in Milan, he said that US presidents "live in what is called the bubble."

"It is a very nice prison, so you don't have the freedom of movement to be able to just take a walk, or just sit at a cafe, because there is always a security concern around you," he said.

"Now I am only captive to selfies, which is almost as bad," Obama added, joking that he can "walk into anywhere" as long as he is willing to pose for pictures with strangers.