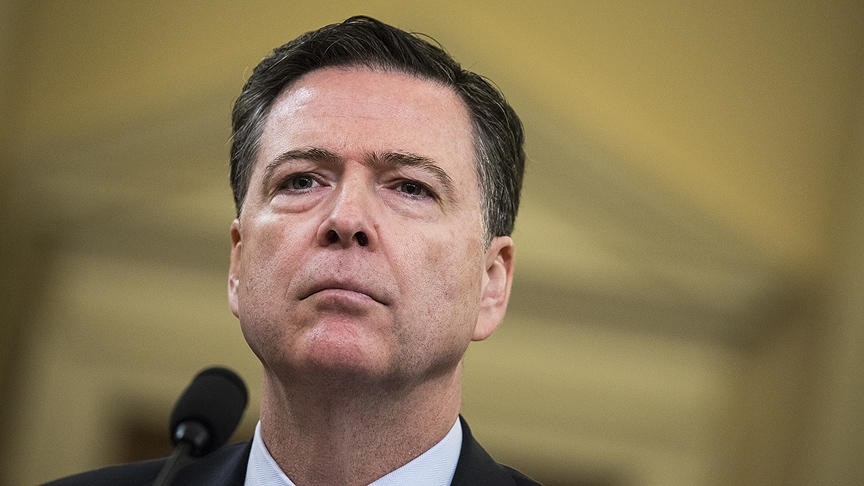 U.S. President Donald Trump on Tuesday made the shock decision to fire his FBI director James Comey, the man who leads the agency charged with investigating his campaign's ties with Russia.

The surprise dismissal of Comey, who played a controversial role in the 2016 presidential election, is sure to send shockwaves through Washington.

"The president has accepted the recommendation of the attorney general and the deputy attorney general regarding the dismissal of the director of the Federal Bureau of Investigation," White House spokesman Sean Spicer told reporters.

A search for a new FBI director was to begin "immediately," the White House said in a statement.

In a letter, Trump told Comey: "You are hereby terminated and removed from office, effective immediately." 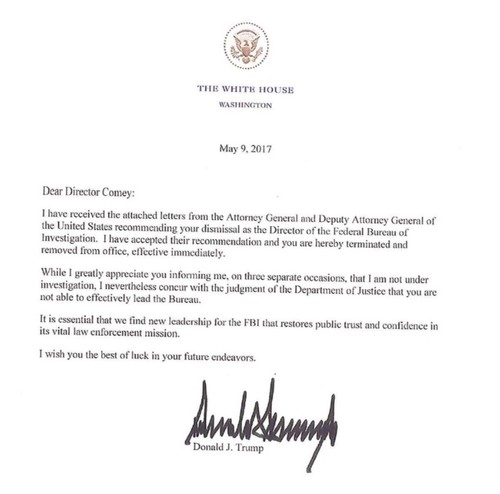 "While I greatly appreciate you informing me, on three separate occasions, that I am not under investigation, I nevertheless concur with the judgment of the Department of Justice that you are not able to effectively lead the Bureau."

"It is essential that we find new leadership for the FBI that restores public trust and confidence in its vital law enforcement mission," Trump said.

FBI directors are appointed for a single 10-year term. The 56-year-old Comey, who is popular among rank-and-file agents, was appointed four years ago.

Democrat Hillary Clinton accused Comey of trashing her chances of becoming president by revealing an renewed investigation into her email use.

His dismissal will raise questions about Trump's motives.

It will also prompt parallels with Richard Nixon's decision to unceremoniously fire his attorney general, an event that plunged his presidency deeper into crisis.