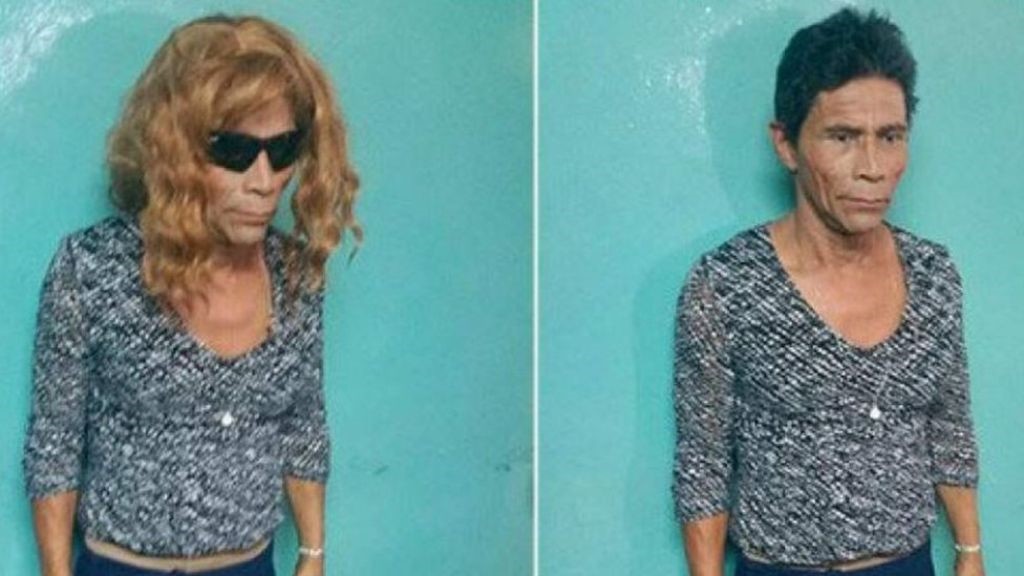 Image of murder convict Francisco Herrera Argueta, who tried to escape from prison disguised as a woman. (Photo courtesy of Honduras Police)
by May 11, 2017 12:00 am

It was the way he awkwardly walked in high heels that gave him away. That, and his suspiciously deep voice.

In the end, the cross-dressing escape attempt from a Honduran prison by inmate Francisco Roman Herrera came to naught, according to penitentiary officials speaking to local media.

Herrera, a gaunt 55-year-old man, had donned a luxuriant blond wig, dark sunglasses, black skirt, a black-and-white blouse and stockings to try to walk out of the prison in Honduras' second city of San Pedro Sula as a visitor on Sunday.

But, although he flashed a woman's ID card while leaving, the guards at the gate quickly noticed his unfeminine voice and the way he teetered in high-heel shoes, a prison spokesman, Bayron Sauceda, said.

He was stopped and his wig was taken off, putting paid to his bid for freedom.

Instead, Herrera, who is serving a 15-year sentence for rape, was transferred from that prison to another, maximum-security known as "The Hole," where he will be kept along with more than 1,000 members of Honduras' feared gangs.