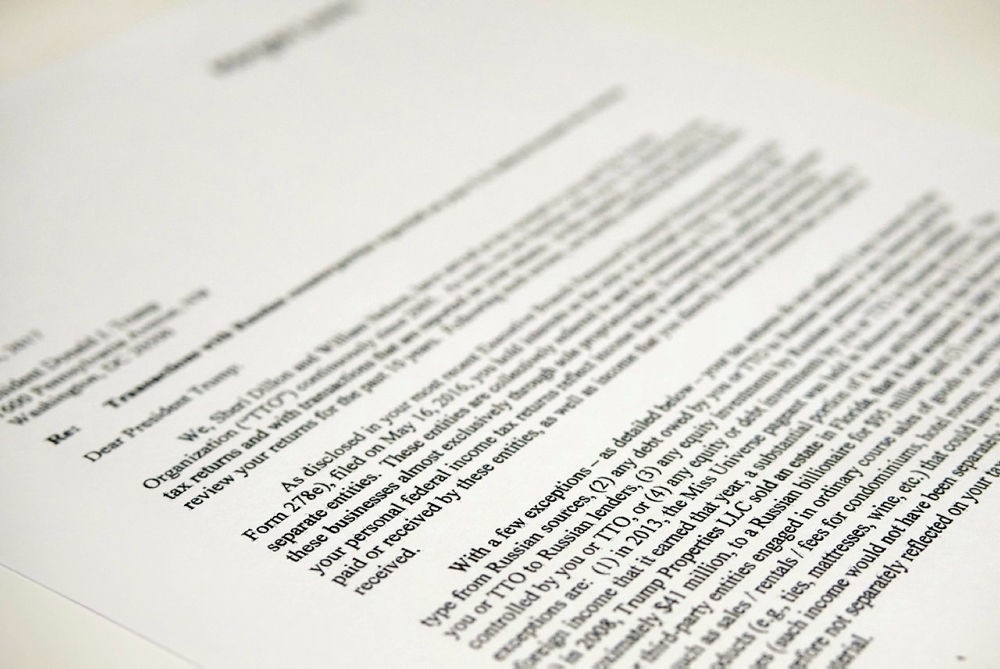 U.S. President Donald Trump's lawyers issued a letter on Friday stating that he had no financial ties to Russia -- with "a few exceptions."

The embattled president had promised a certified letter attesting to his lack of business dealings with Russia, as investigations in Congress and the FBI probe allegations members of his campaign team colluded with Moscow to tilt last year's elections.

His law firm Morgan, Lewis and Bockius issued the promised letter based on an examination of his tax returns for the past 10 years.

It certified that the Trump organization had no financial ties with Russian entities apart from the Miss Universe pageant that Trump staged in Moscow in 2013, a Florida mansion he bought for $41 million in 2005 and sold for $95 million to a Russian businessman three years later, and "immaterial" earnings from a host of fees for hotel rooms, condos, rounds of golf and sales of goods to Russian customers.

The phrasing of the letter, which said Trump's taxes did not reflect dealings with Russia "with a few exceptions," prompted instant mockery on Twitter, with the hashtag #withfewexceptions instantly becoming the number one trending phrase in the US and number three globally.

"Secretly taping conversations in the White House has always worked in the favor of presidents, with few exceptions," quipped the investigative reporter Steve Reilly, @BySteveReilly -- in a nod to Trump's suggestion Friday that his conversations with fired FBI chief James Comey may been recorded.

The law firm's letter said the Miss Universe pageant had earned a "substantial portion" of its $12.2 million in annual income from the Moscow event in 2013. Other items listed among the various earnings from Russian clients included wine, mattresses and ties, books or Trump-licensed products.