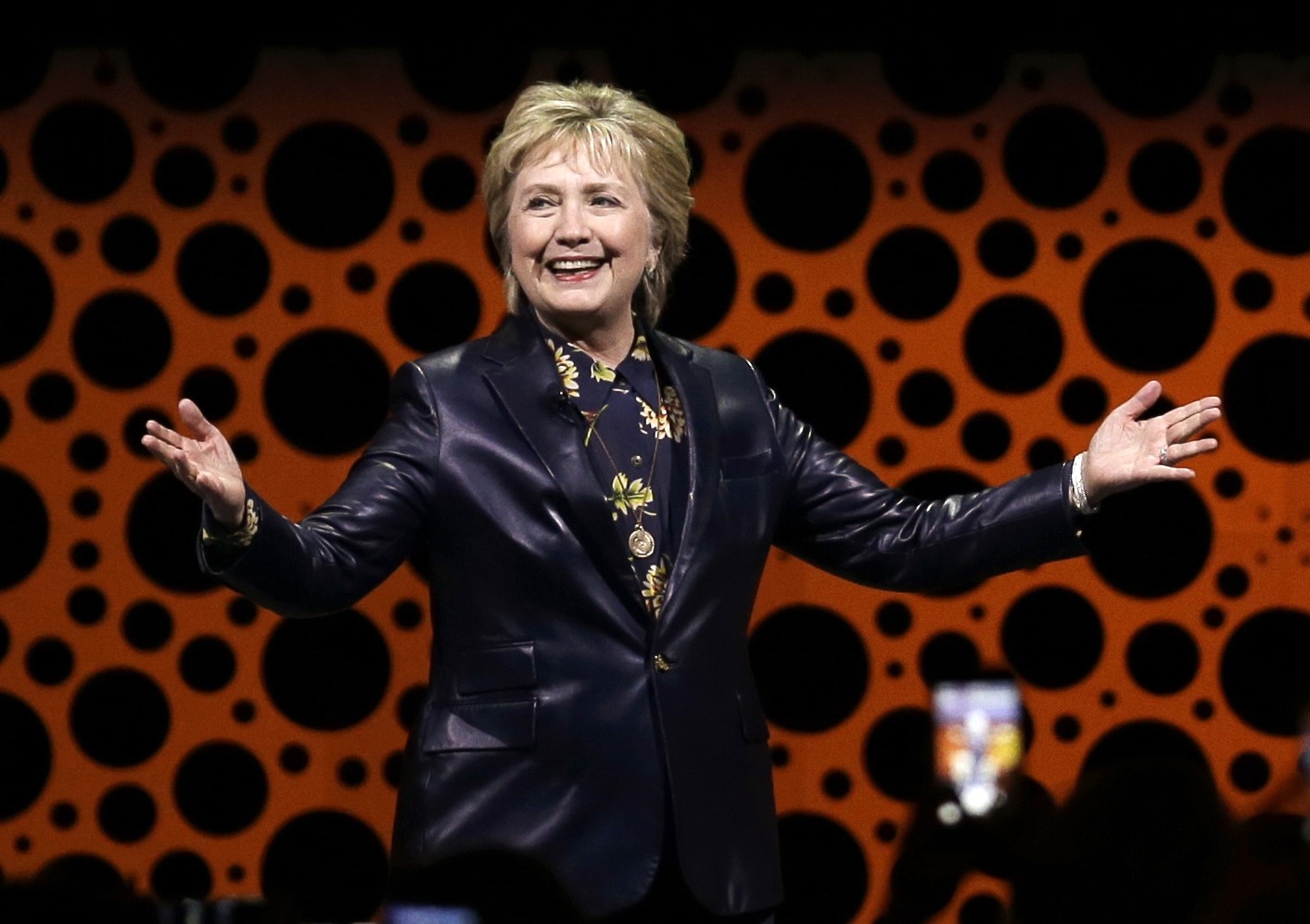 Hillary Clinton returned to the political stage on Monday with a new organization to "resist" Donald Trump, who defeated her in last year's presidential election.

"The last few months, I've been reflecting, spending time with my family -- and yes, taking walks in the woods," said Clinton on her Twitter account.

"We're launching Onwards Together to encourage people to get involved, organize, and even run for office."

The new group's website said it aimed to advance progressive values and reminded visitors that Clinton had won nearly 66 million votes in November's showdown with Trump.

"In recent months, we've seen what's possible when people come together to resist bullying, hate, falsehoods and divisiveness, and to stand up for a fairer, more inclusive America," the statement said.

"There's no telling what we can achieve if we approach the fights ahead with the passion and determination we feel today, and bring that energy into 2017, 2018, 2020 and beyond," it added.

Clinton posted a series of messages on her Twitter account hailing the work of organizations battling discrimination or supporting Democrats in next year's midterms.

The groups included Indivisible, a collection of former congressional staffers advising people on how to make their representatives listen to voices, and the Color of Change, which pushes for legal and voting reforms to end discrimination against African Americans.

"In some cases, we'll provide direct funding to these organizations," Clinton, who is known for her fundraising prowess, said in an email.

"For others, we'll help amplify their work and do what we can to help them continue to grow their audiences and expand their reach."

Clinton said the new group had received the backing of Howard Dean, a left-leaning former Vermont governor who ran in the 2004 Democratic primaries.

Reflecting on her surprise loss to Trump, Clinton said that "this year hasn't been what I envisioned, but I know what I'm still fighting for: a kinder, big-hearted, inclusive America. Onward!"

Clinton is currently working on a book about her defeat, which is due to hit bookstores later this year.

She has made several public appearances since her loss, and earlier this month said that she would have been president had it not been for former FBI director James Comey, who announced that his agency was reopening an inquiry into her use of a private email server right before the election.

Trump last week fired Comey, who by then was leading a separate investigation into alleged links between the president's campaign team and Russia, which US intelligence agencies said hacked emails of Clinton's campaign manager John Podesta and leaked them in a bid to influence the US election.