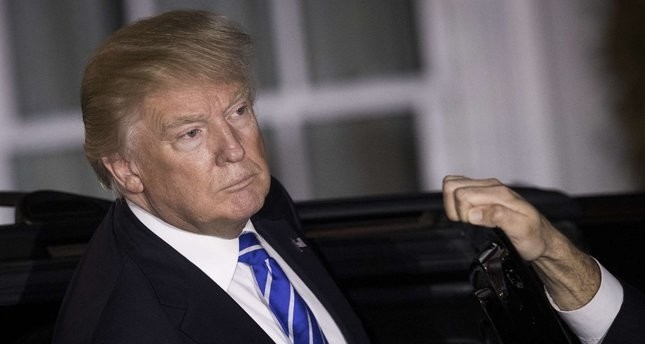 The photograph shows Trump listening to questions from the press as he gets into his car after a day of meetings at Trump International Golf Club, Nov. 19, 2016, Bedminster Township, New Jersey.
by Daily Sabah May 16, 2017 12:00 am

The information was allegedly provided by an ally and the U.S. President had no permission to share it, the paper said.

The report by the Post claimed that Trump described details about a potential terror threat by Daesh, regarding the use of laptops on airplanes, revealing the city where the information was gathered.

The claim that Trump shared the critical data "obtained by the U.S. via a highly sensitive intelligence sharing arrangement" caused anger among U.S. lawmakers, with Democratic Chris Murphy calling it a "very disturbing trend of careless behaviour by this administration."