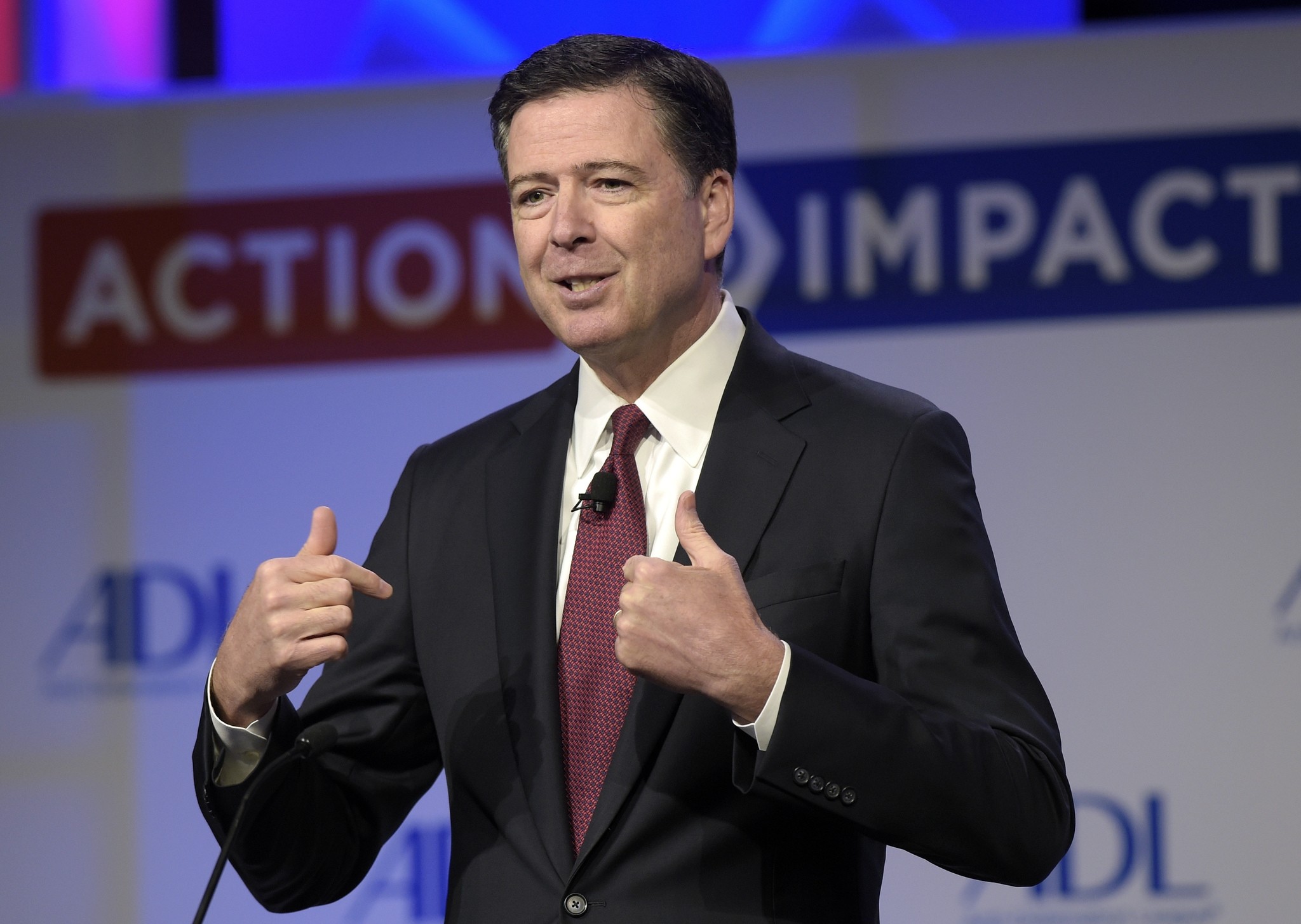 In this May 8, 2017, file photo, then-FBI Director James Comey speaks to the Anti-Defamation League National Leadership Summit in Washington. (AP Photo)
by Compiled from Wire Services May 17, 2017 12:00 am

The Senate Judiciary Committee on Wednesday asked the FBI to provide memos related to former FBI Director James Comey's dealings with his superiors in the Trump and Obama administrations.

It also asked the White House to provide records of interactions with Comey, including those "relating to the FBI's investigation of alleged ties between President Trump's associates and Russia, or the Clinton email investigation, including all audio recordings, transcripts, notes, summaries, or memoranda," according to a statement.

The statement said that a separate letter was sent to Comey, whom Trump sacked last week, "seeking his appearance" before the committee in both open and closed sessions.

Congressional Democrats, meanwhile, were seeking to force the formation of an independent commission and the appointment of a special prosecutor to investigate ties between Trump's campaign and Russia amid a rising furore about the president's dealings with Comey.

A memo written by Comey after a meeting with Trump reportedly claims the president had asked the FBI director to end an investigation into fired national security advisor Michael Flynn, according to media reports late Tuesday.

Flynn lost his job in February after it came to light that he had not told the truth about contact he had with Russian officials while he was still a private citizen during which policy matters were discussed.

Congressional Republicans - members of Trump's party - were also expressing concern about the latest revelations, which raise questions as to whether Trump broke the law by obstructing an investigation into potential links between his campaign team and Russia.

Speaker of the House Paul Ryan stressed that Congress has an "obligation" to provide oversight of Trump and called for a careful fact-gathering.

"Our job is to be responsible, sober and focused only on gathering the facts," Ryan said when asked about the memo. "That is what Congress does in conducting oversight of the executive branch."

But Democrats said they think Republicans have not yet done enough. The new reports add urgency to calls for greater action, they say.

"Simply put, the Republicans are not doing their job to hold the Republican president responsible," said Congressman Elijah Cummings, the top Democrat on the House Oversight Committee.

Cummings spoke as Democrats took a procedural move designed to force a vote on legislation to create an independent commission, a bid they said was to restore credibility and accountability to the investigation.

Ryan, however, pointed to ongoing investigations in the House of Representatives and Senate as well as the FBI investigation of contact between Trump's campaign and Russia.

He stressed the need to be clear-eyed and avoid speculation or innuendo, noting that "there are clearly a lot of politics being played" and those who might seek to harm the president.

Comey's memo was part of a paper trail he created documenting what he perceived as the president's improper efforts to influence a continuing investigation, according to the New York Times, which first reported on the memo's existence.