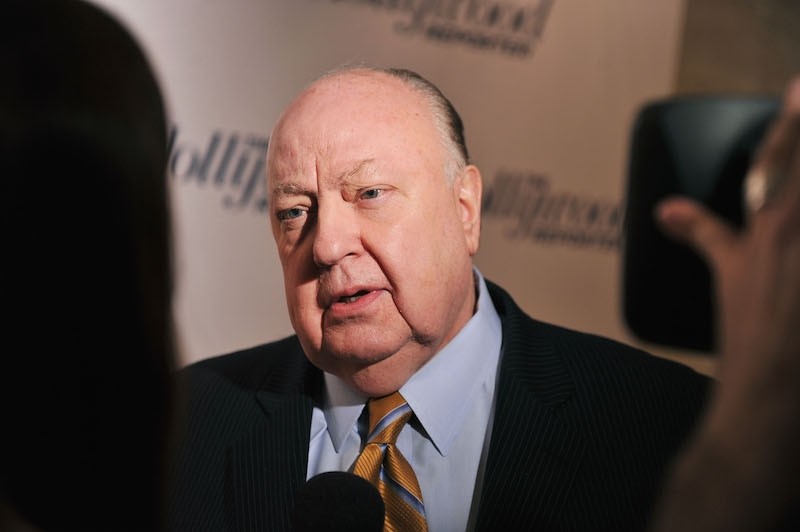 Roger Ailes, who built the conservative U.S. news powerhouse Fox News, has died at the age of 77, the network announced Thursday.

The Fox co-founder was a consultant to Republican presidents widely credited with leading a revival of the US conservative movement, was ousted from the network last year under the cloud of a series of sexual harassment allegations.

The cable network's hosts struggled to hold back tears as they read a statement from Ailes' wife Elizabeth announcing his death.

A longtime confident of media titan Rupert Murdoch, Ailes was seen as a central figure in the conservative U.S. political movement, who stepped down at Fox in July last year after a sexual harassment lawsuit from former news host Gretchen Carlson.

His wife's statement, first published on the conservative Drudge Report, said, "I am profoundly sad and heartbroken to report that my husband, Roger Ailes, passed away this morning."

Ailes, she said, "was a loving husband to me, to his son Zachary, and a loyal friend to many. He was also a patriot, profoundly grateful to live in a country that gave him so much opportunity to work hard, to rise -- and to give back."

There was no immediate indication of the cause of death.

Under the leadership of Ailes, Fox became America's most widely watched cable news channel, home to key conservative political commentators and drawing an audience distinct from rivals CNN and MSNBC.

"Today America lost one of its great patriotic warriors," said Fox News host Sean Hannity, in a tribute to his friend and mentor read out on air.

Ailes served as a consultant to presidents from Richard Nixon to Ronald Reagan to George H.W. Bush and, according to some analysts, helped revive conservative politics in the United States. He was also reported to have advised President Donald Trump in the 2016 campaign.