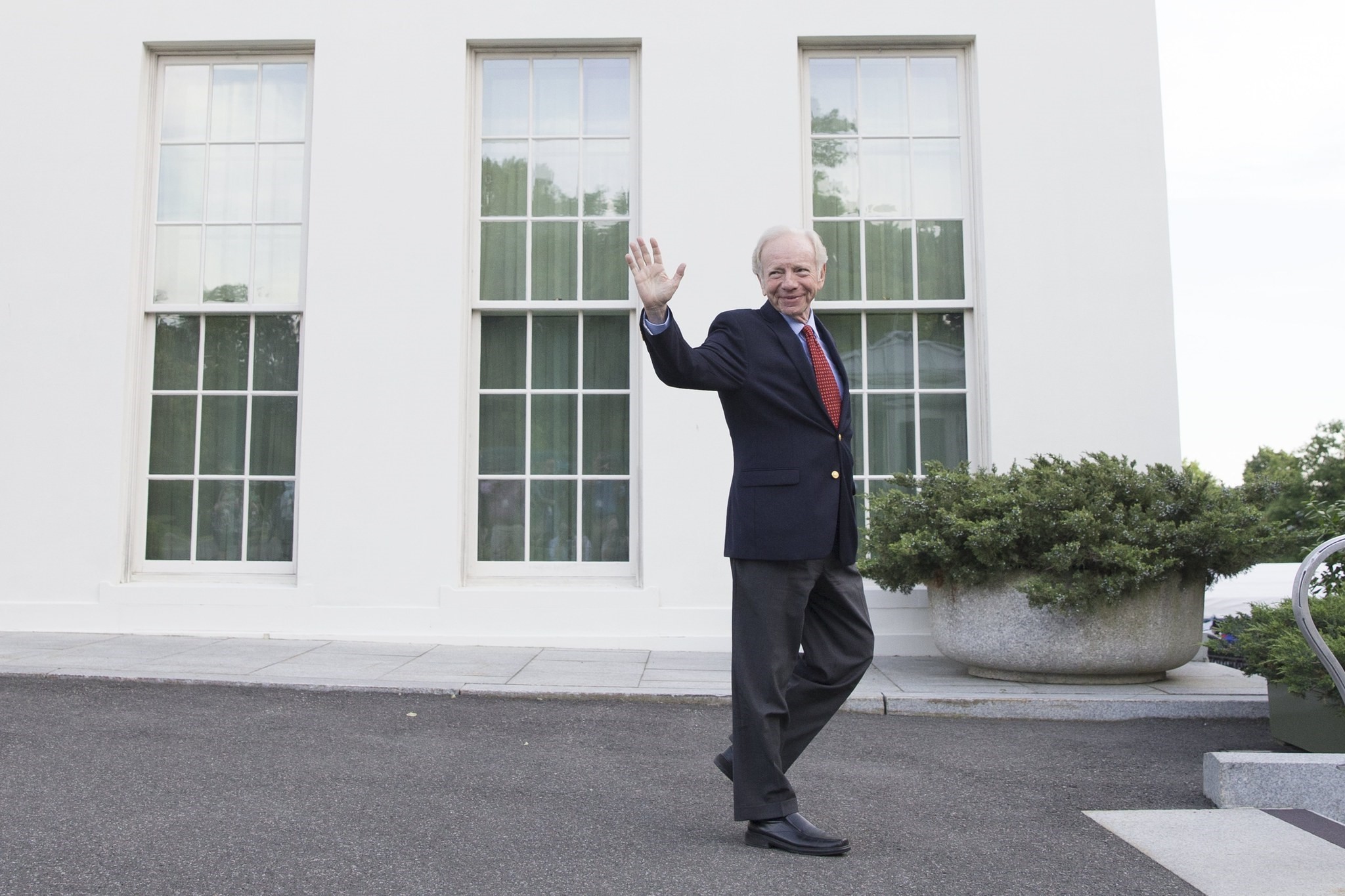 Former Senator from Connecticut Joe Lieberman waves after walking out of the West Wing of the White House following a meeting with US President Donald J. Trump. (EPA Photo)
by Compiled from Wire Services May 18, 2017 12:00 am

US President Donald Trump indicated Thursday that onetime Democratic vice presidential nominee Joe Lieberman is the favorite to become the next head of the FBI, after the shock dismissal of James Comey.

Trump has said he could name a new director before he leaves the country Friday on his first overseas trip as president.

The Senate must confirm whomever Trump nominates for the job.

Lieberman served in the Senate for more than two decades and was the Democratic vice presidential nominee in 2000 with then-Vice President Al Gore. Lieberman lost his 2006 Democratic primary bid but won Senate re-election as a third-party candidate.

Lieberman spoke at the 2008 Republican National Convention on behalf of his friend, Arizona Sen. John McCain, and did not seek re-election in 2012. He has served as co-chairman of No Labels, a centrist group that promotes bipartisanship.

Keating, a Republican, was a two-term governor of Oklahoma and led the state during the deadly 1995 bombing of a federal building in Oklahoma City. A former FBI agent, Keating served in the administrations of Presidents Ronald Reagan and George H.W. Bush.

McCabe became acting director following Comey's dismissal May 9. The veteran FBI official made headlines for congressional testimony last week that rejected the White House's claim that Comey had lost the support of rank-and-file agents. He also disputed the administration's characterization of an investigation into potential coordination between Russia and the Trump White House.

Several other candidates have withdrawn from consideration: Rep. Trey Gowdy of South Carolina and Sen. John Cornyn of Texas, both Republicans; Alice Fisher, the former head of the Justice Department's criminal division; and Michael Garcia, a former U.S. attorney from Manhattan.