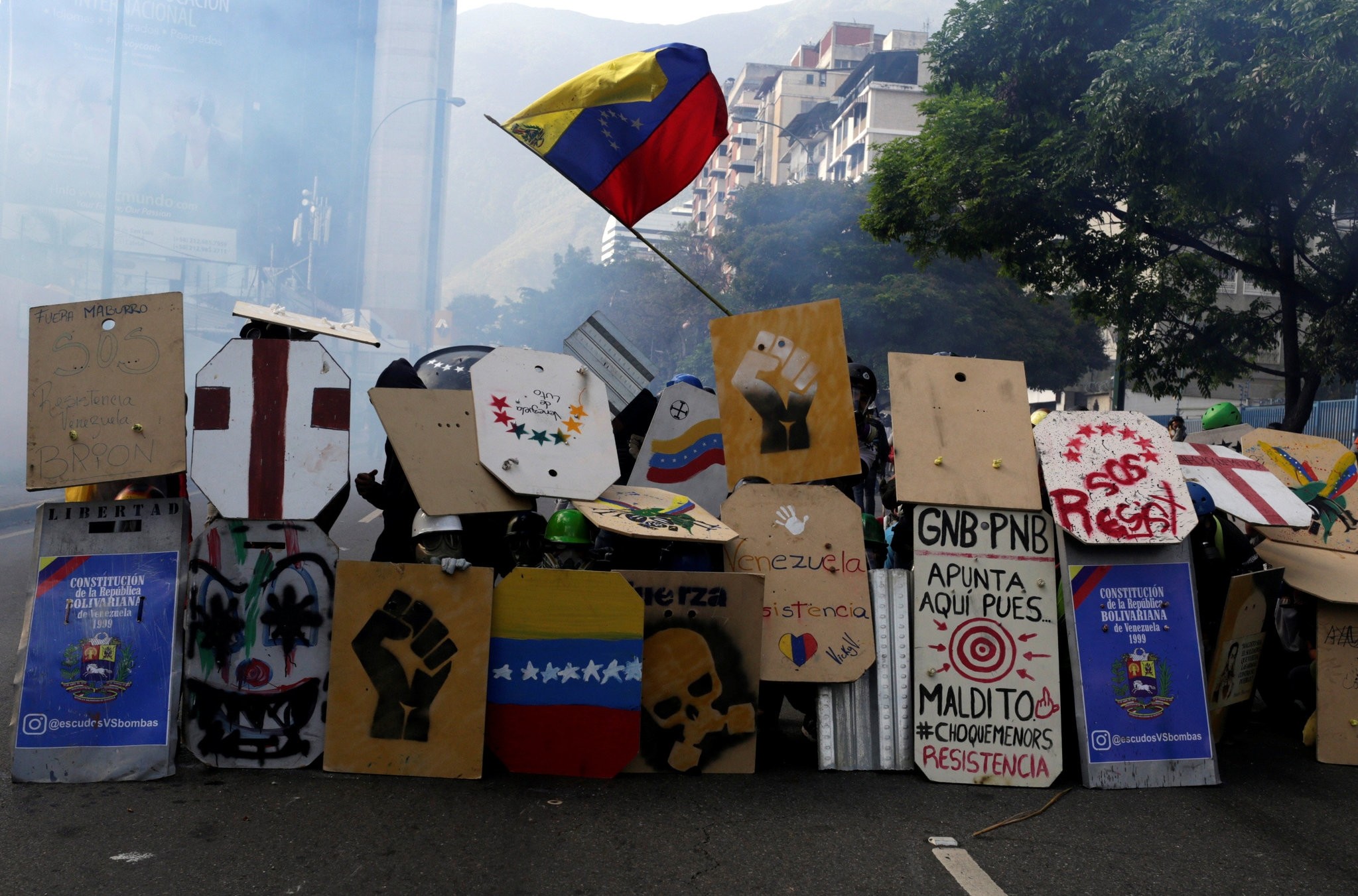 Opposition supporters use home made shields to protect themselves during a rally against President Nicolas Maduro in Caracas, Venezuela. (REUTERS Photo)
by Associated Press May 19, 2017 12:00 am

US President Donald Trump earlier called the situation in Venezuela a "disgrace to humanity" and said the deadly political crisis was possibly the worst of its kind in "decades."

"We haven't really seen a problem like that... in decades, in terms of the kind of violence that we're witnessing," Trump told a joint press conference with visiting Colombian President Juan Manuel Santos.

Trump's comments came one day after the Venezuelan government announced it was sending more than 2,500 troops to a trouble-hit region on the border with Colombia to try to quell weeks of violence that have claimed 43 lives nationwide.

Despite its vast oil reserves, Venezuela is suffering chronic shortages of food, medicine and other basic supplies, something the center-right opposition blames on mismanagement and corruption in the Socialist government.

President Nicolas Maduro in turn blames sabotage by the "bourgeois" opposition, which he says is backed by Washington.

"It has been unbelievably poorly run for a long period of time, and hopefully that will change and they could use those assets for the good and to take care of their people," he said.