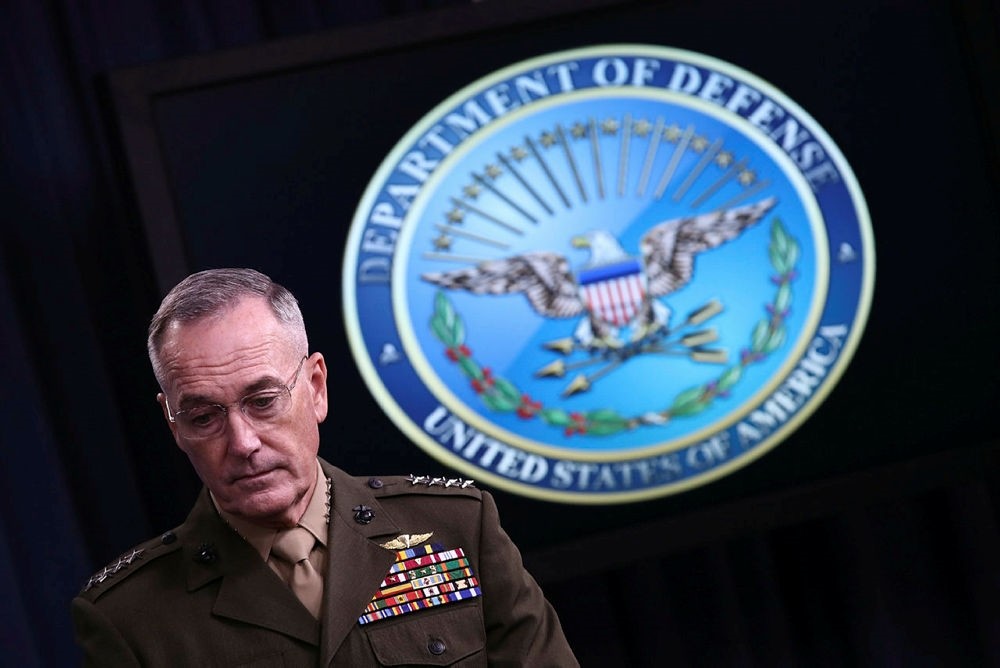 The Pentagon said on Friday U.S. President Donald Trump has nominated Marine Gen. Joseph Dunford to serve a second two-year term as chairman of the Joint Chiefs of Staff.

Dunford completes his first term at the end of September. He originally was picked for the job by President Barack Obama. Most chairmen serve two, two-year terms.

By law, the Joint Chiefs chairman is the senior military adviser to the president and to the secretary of defense. He commands no troops.

During his presidential campaign, Trump boasted that he knew more than the generals about defeating Daesh and suggested he might fire some of them.