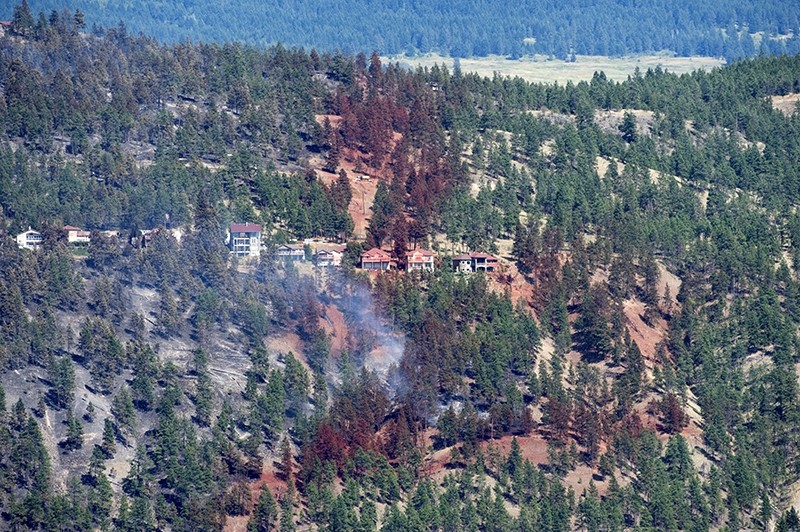 Canada scrambled thousands of firefighters and hundreds of aircraft from across the country to tackle raging infernos in the western province, and had even drafted extra firefighters from Australia, Public Safety Minister Ralph Goodale said.

He said 39,000 people had been forced from their homes so far, noting that the emergency measures constituted "the largest evacuation in the history of British Columbia," the worst-hit region in the country.

"I would note that we're expecting at least 50 forest firefighters to be coming in from Australia over the course of the next couple of days. And if there are additional resources needed from other parts of the world, we will access those as well," he said.

Southern and central British Columbia have been hit by scorching weather that has left the forested province on high alert for the past 10 days.

Authorities had hoped to have the fires under control late last week, but they returned with a vengeance over the weekend, fanned by strong winds and increasing in number as lightning strikes sparked new blazes.

Wild fires were also devastating forests in California, where a lightning storm on Sunday near Yosemite National Park started a blaze dubbed the "Detwiller fire" which razed 7,100 acres (2,870 hectares), according to Cal Fire firefighters.

Around 50 alerts were issued in towns and villages in British Columbia, forcing residents to flee their homes with no guarantee they can return any time soon.

On Saturday, the 11,000 residents of Williams Lake were forced to abandon their homes and spend hours stuck in traffic jams on the only evacuation route still open from their town, surrounded by flames in the middle of the night.

A dozen towns set up emergency centers to accommodate those fleeing the fires, providing camp beds and food. But towns such as Kamloops and Prince George were starting to be overwhelmed by the sheer numbers of people arriving every day.

Around 3,000 firefighters from all over Canada, together with 200 helicopters and fire-fighting planes were battling 150 blazes in British Columbia, several of which were raging out of control.

A fire-fighting helicopter crashed in the region on Saturday, and its pilot -- who was alone on board -- was being treated in a hospital.

Some of the worst fires, such as the blaze near the town of Ashcroft, cover tens of thousands of hectares.

The fires may even threaten areas further east in the Rocky Mountains, home to some of the country's most important national parks like the nature reserve in Banff which receives almost four million tourists every year.

The rapid spread of the fires, and the accompanying thick, acrid smoke prompted the environment ministry on Monday to issue an air quality advisory in Calgary, in Alberta province, hundreds of miles from the fires and on the other side of the Rockies.

The fires comes at the height of tourist season and just as Canada is expecting a flood of visitors to celebrate its 150th anniversary, when it will grant free access to its national parks.