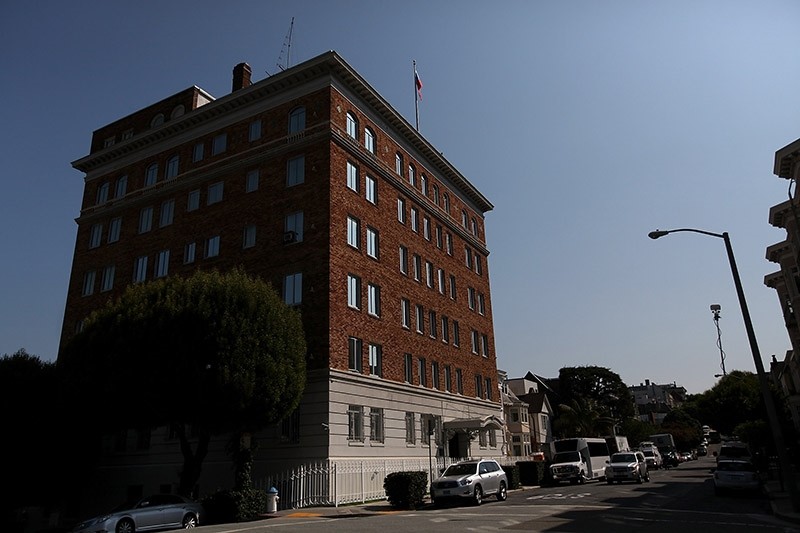 The Kremlin said on Friday that a U.S. decision to close Russia's San Francisco consulate and buildings in Washington and New York pushed bilateral ties further into a blind alley and fuelled a spiral of tit-for-tat retaliatory measures.

The United States on Thursday ordered Russia to close the facilities by Sept. 2 in retaliation for Moscow cutting the U.S. diplomatic presence in Russia.

"The new steps push our bilateral relations even further into a dead end and contradict other high level announcements ," Kremlin foreign policy aide Yuri Ushakov told a news briefing when asked about the closures.

"There have been words, but there's no readiness to cooperate yet. This is about further escalating tensions. We regret this and will calmly think about how we might respond."

"We will have a tough response to the things that come totally out of the blue to hurt us and are driven solely by the desire to spoil our relations with the United States," he said in a televised meeting with students at Russia's top diplomacy school.

Lavrov also defended Trump, saying that the new package of sanctions against Russia that Congress adopted last month not only hits Russia but also is designed to "tie Trump's hands, not let him use his constitutional powers to the full to make foreign policy."

The closures on both U.S. coasts marked perhaps the most drastic diplomatic measure by the United States against Russia since 1986, near the end of the Cold War, when the nuclear-armed powers expelled dozens of each other's diplomats.

And it comes amid some of the broadest strains in their relationship ever since. The two countries have clashed over the wars in Ukraine and Syria, but most significantly over American allegations that Russia meddled in the 2016 U.S. election to boost Trump's chances of victory. Investigations continue into whether Trump's campaign colluded with Moscow.

American counterintelligence officials have long kept a watchful eye on Russia's outpost in San Francisco, concerned that people posted to the consulate as diplomats were engaged in espionage. The U.S. late last year kicked out several Russians posted there, calling it a response to election interference.