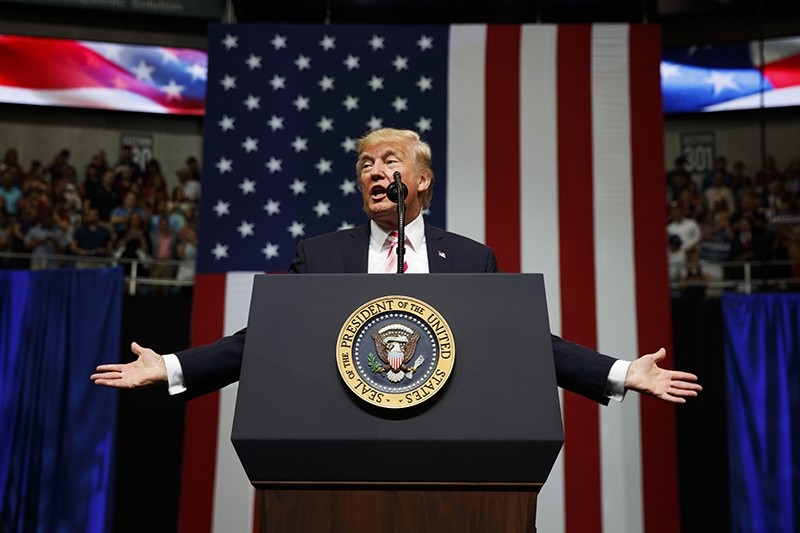 The new restrictions replace an expiring 90-day measure that had locked Trump in political and legal battles since he took office in January over what critics alleged was an effort to block Muslims from the country.

But the White House stressed that the measure was to protect the United States from terror attacks.

"We are taking action today to protect the safety and security of the American people by establishing a minimum security baseline for entry into the United States," Trump said in a statement.

"We cannot afford to continue the failed policies of the past, which present an unacceptable danger to our country. My highest obligation is to ensure the safety and security of the American people, and in issuing this new travel order, I am fulfilling that sacred obligation."

Sudan, one of the six majority-Muslim countries on the original travel ban, was removed from the list.

The U.S. has recently praised Sudan's efforts in fighting terrorism ahead of a decision expected in October on whether to lift decades-old sanctions on Khartoum.

Full bans were newly placed on nationals from North Korea and Chad, and extended for five countries on the original list: Iran, Libya, Somalia, Syria and Yemen.

Limited restrictions meanwhile were placed on Venezuela, for officials from government agencies including interior and foreign ministries, the main police and intelligence services, and other agencies. Trump's order said Caracas was not cooperating on security issues.

Officials speaking on background stressed that the decision was taken after an extensive review of high-risk countries by the Department of Homeland Security, which were all given the opportunity to improve their security standards.

The DHS report also said that Iraq did not meet its baseline security requirements.

But because Baghdad is a close ally and supports the presence of large numbers of U.S. troops and civilians, officials said, the White House opted not to place Iraq on the list. But U.S.-bound travelers there will face much tougher vetting.

"If you can't screen people effectively to know who's coming into your country, then you shouldn't allow people from that country to travel," said White House National Security Advisor H.R. McMaster.

Trump administration officials stressed that the restrictions are "conditions-based, not time-based," indicating that significant improvements by countries could see them de-listed from the travel ban.

Not a 'Muslim ban'

The officials also said the addition of North Korea and Venezuela demonstrated that the measure was based on security standards and was not a "Muslim ban," as detractors have argued.

That accusation was accepted by federal appeals courts in lawsuits that blocked the first efforts by Trump to set the ban, in January and March. The ban, which also included a broader, 120-day ban on refugees that expires next month, will be argued in the Supreme Court on October 10.

"Religion, or the religious origin of individuals or nations, was not a factor," a senior government official told reporters.

"The inclusion of those countries, Venezuela and North Korea, was about the fact that those governments are simply not compliant with our basic security requirements."

But Becca Heller, director of the International Refugee Assistance Project, said that of the three countries added, "Chad is majority Muslim, travel from North Korea is already basically frozen and the restrictions on Venezuela only affect government officials on certain visas. You can't get any more transparent than that."

On the decision to remove Sudan, she said: "Last week, the government ended Temporary Protected Status for Sudan, suggesting that the government of Sudan was pressured into agreeing to accept massive numbers of deported Sudanese nationals from the U.S. in exchange for being dropped from the travel ban."

North Korea, locked in a dangerous face-off with Washington over its nuclear weapons program, was added, the order said, because Pyongyang "does not cooperate with the United States government in any respect."

Chad was added to the list even though Trump's order called it "an important and valuable counterterrorism partner." It pointed to the presence in the northern African country of designated terror groups like Daesh, Al-Qaida and Boko Haram, and said the government does not adequately share security and terrorism-related information.

The bans for the five countries from the previous 90-day order, which expired Sunday, would immediately continue under the new order. For North Korea, Chad, and Venezuela, the restrictions will be implemented starting October 18