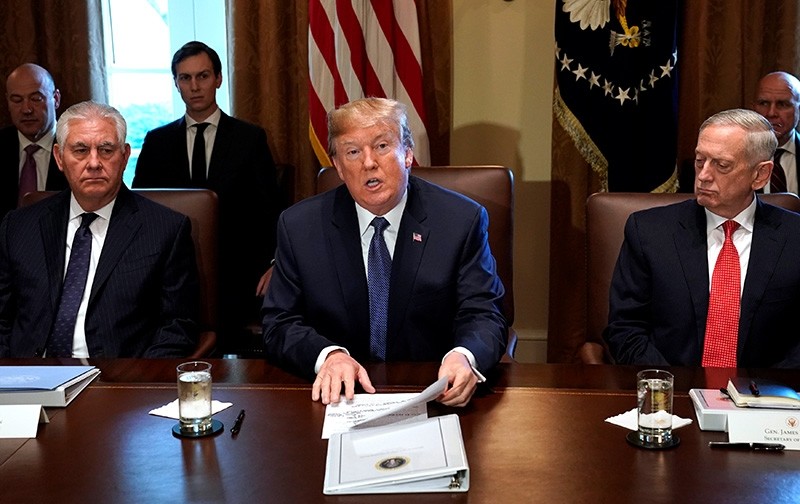 President Donald Trump is calling the suspect in the New York City truck attack an "animal."

Trump says he will ask Congress to "immediately" begin work to terminate the Diversity Immigrant Visa Program, which he says was used by the alleged attacker to enter the United States. Officials have not yet said that was the case.

Trump says "we will take all necessary steps to protect our people."

Speaking before a Cabinet meeting at the White House, Trump said "all of America is praying and grieving" with the victims. He says: "Our hearts break for them."

"I would certainly consider that," Trump told reporters at the beginning of a cabinet meeting.

"Send him to Gitmo," Trump mused, using the nickname for the notorious jail site.