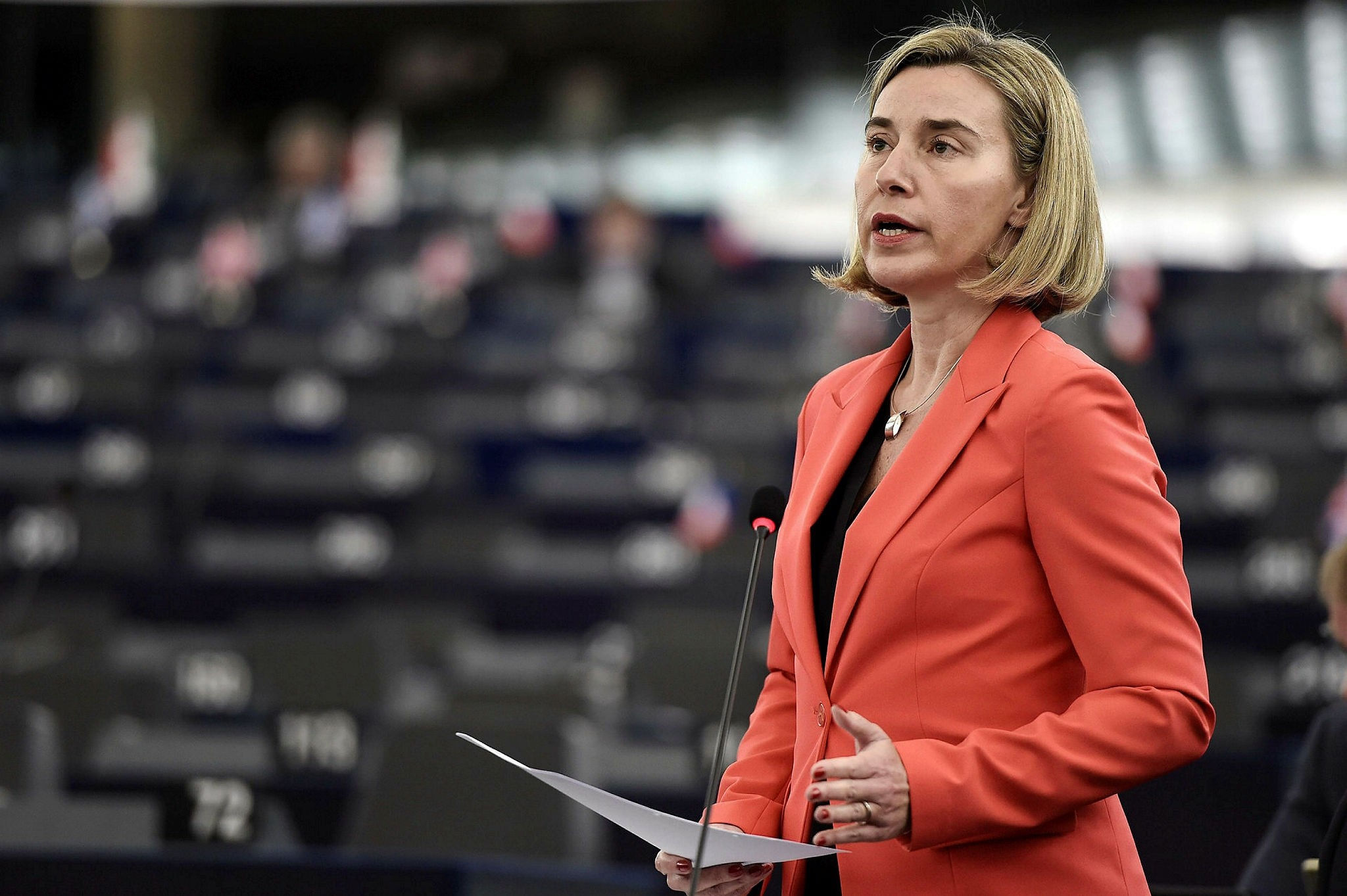 European Union foreign policy chief Federica Mogherini speaks during a debate on Syria and Turkey at the European Parliament in Strasbourg, eastern France, on November 22, 2016. (AFP Photo)
by Nov 07, 2017 12:00 am

EU foreign policy chief Federica Mogherini warned Tuesday that the Iran nuclear deal can never be renegotiated, as she urged U.S. lawmakers not to try to reopen the agreement.

U.S. President Donald Trump has told Congress that he can no longer "certify" that the 2015 accord in the U.S. national interest, leaving its fate in the hands of skeptical senators.

Mogherini, therefore came to Washington -- while Trump and her opposite number Secretary of State Rex Tillerson were touring Asia -- to sit down with legislators on Capitol Hill.

While she insisted Brussels does not want to interfere in Washington politics, she sent a clear message that Europe opposes any new U.S. law that would breach the terms of the deal.

Senator Bob Corker, the head of the powerful Senate foreign relations committee, and his Republican colleague and rising star Senator Tom Cotton are working on such a bill.

While it has not be finalized -- and its supporters insist it is designed to strengthen enforcement of the Iran deal rather than to destroy it -- opponents fear it will do just that.

Speaking to reporters after talks with U.S. lawmakers, Mogherini said she had sought and received reassurances that the bill would keep the United States "compliant with the deal."

"We are exchanging views with legislators on the need to make sure, before a bill is presented, that its contents does not represent a violation," she said.

In a fact sheet to explain the proposed law, the senators propose that U.S. nuclear-related sanctions on Iran would snap back if Tehran violates "enhanced and existing restrictions."

These "enhancements" to restrictions would end so called "sunset" clauses that would see some restrictions on Tehran's program phased out between eight and 15 years from now.

But supporters of the deal argue changing these provisions of the Joint Comprehensive Plan of Action (JCPOA) signed by Iran and six world powers would itself collapse the deal.

Renegotiation not an option

Mogherini pushed back strongly on the idea that the 2015 deal, under which Iran submitted to nuclear controls in return for sanctions relief, would "sunset" at all.

"The JCPOA has no sunset clause," she said. "There are different arrangements within the JCPOA that have different durations... some will last forever.

"Article Three of the agreement says that Iran will never develop a nuclear weapon, for instance."

And, she added, under the "foreseen ratification" by Iran of the International Atomic Energy Agency's "additional protocol ... certain commitments will become permanent."

"Renegotiating, is not an option," she said, insisting Britain, France, Germany, China and Russia will not review 12 years of complex international diplomacy because of U.S. concerns.