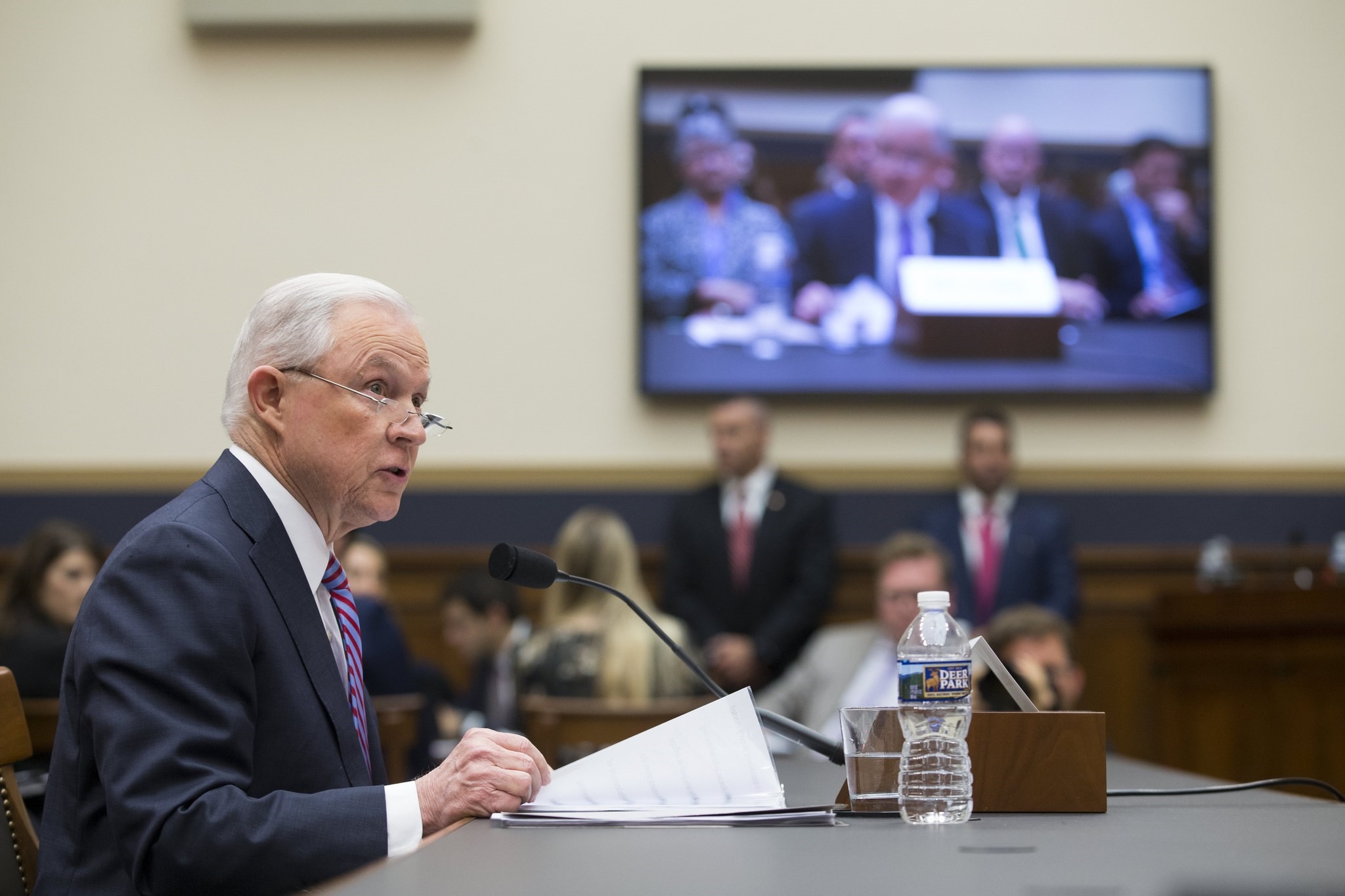 US Attorney General Jeff Sessions testifies before the House Judiciary Committee hearing on oversight of the Justice Department on Capitol Hill in Washington, DC, USA, 14 November 2017. (EPA Photo)
by Compiled from Wire Services Nov 14, 2017 12:00 am

In testimony before the U.S. House Judiciary Committee, Sessions acknowledged he attended a meeting with George Papadopoulos, a former campaign adviser who pleaded guilty last month to lying to the FBI.

According to court documents, Papadopoulos told the meeting he could help use his Russian connections to broker a meeting between then-candidate Trump and Russian President Vladimir Putin.

Sessions, who led a foreign policy advisory council for the Trump campaign, said he did not recall an encounter with another campaign adviser, Carter Page, who has said he told Sessions last year that he was preparing to visit Russia.

The appearance before the committee comes amid deepening questions about Sessions' awareness of contacts during the election effort between Russian government intermediaries and associates of the Trump campaign.