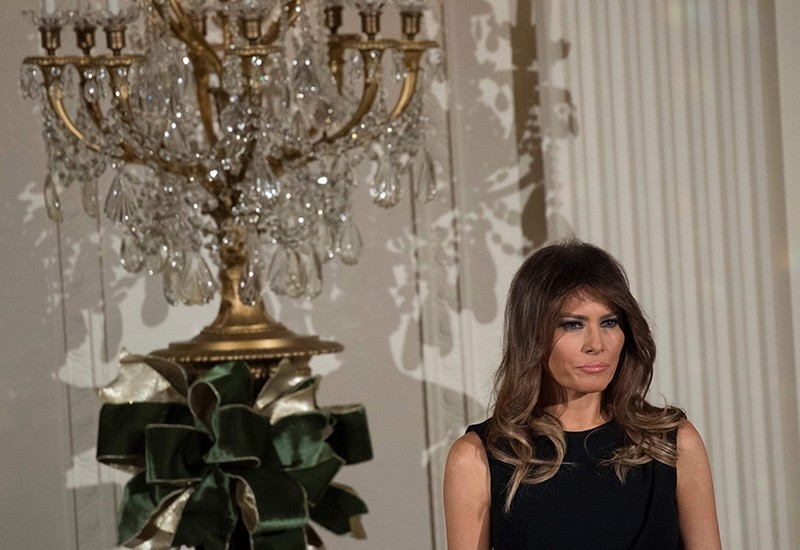 A Slovenian magazine apologized Friday to U.S. first lady Melania Trump for suggesting she had worked as a high-end escort while pursuing her international modeling career, and said it is paying her compensation.

Melania Trump had filed a libel lawsuit against the Suzy women's magazine. Her Slovenian lawyer, Natasa Pirc Musar, confirmed Friday an "out-of-court settlement" was reached, but disclosed no details.

The magazine said it published an article in August 2016 in which it said Trump in the past worked for a fashion agency that also offered an "elite escort" service besides modeling.

It said the article "was understood as if Melania Trump conducted the escort job. We have no proof for that. So we apologize. We had no intention to hurt and offend Mrs. Trump."

"The fact that the case is closed is a proof that even in the future Mrs. Trump will not allow insults and lies on her account and will always react to protect her rights and interests," Pirc Musar said.

Natasa Lusa, a member of the publishing board for the company that publishes the magazine, said the apology is part of a legal settlement that includes an undisclosed sum as compensation.

The 47-year-old first lady left her native Slovenia in her 20s and met Donald Trump at a Fashion Week party in New York in 1998.