Russian meddling in US election was 'hybrid warfare,' Tillerson says 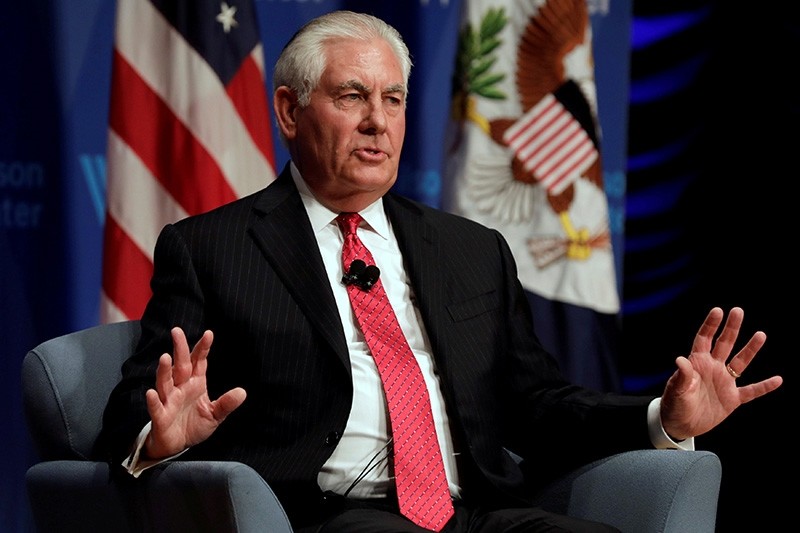 U.S. Secretary of State Rex Tillerson participates in a panel discussion after his remarks on U.S.-European Relations at the Wilson Center in Washington, DC, U.S. on November 28, 2017. (Reuters Photo)
by Dec 12, 2017 12:00 am

But President Donald Trump has been angered by the idea that Russia's support for him played any role in his narrow victory against rival Hillary Clinton.

On Tuesday, in year-end remarks to State Department staff, Tillerson risked stirring the row anew with a starkly worded warning to Moscow about its behavior.

Tillerson told officials that Trump has often said it is important for two powers like Russia and the United States to have a "productive relationship."

"But today, that's not the case and we all know why," he added, in a speech to U.S. diplomats and civil servants beamed to U.S. embassies around the world.

"Russia chose to invade a sovereign country, Ukraine," he noted.

"Russia chose through hybrid warfare to interfere in democratic processes here and then has done so in other countries as well," he added.

Asked whether the White House shares Tillerson's view, a senior State Department official said: "Well, he's the secretary of state and he said it."

Tillerson said Washington and Moscow have found some common ground on efforts to find peace in Syria, but otherwise remain far apart on other issues.

And he repeated a warning he made last week at an OSCE conference in Vienna that Russia's interference in Ukraine is now the main obstacle to warmer ties.