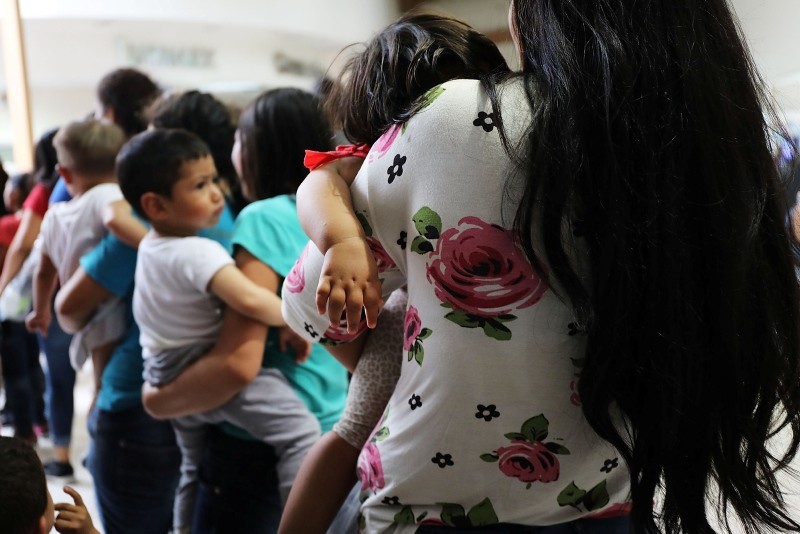 This June 22, 2018 file photo shows women and their children, many fleeing poverty and violence in Honduras, Guatamala and El Salvador, arrive at a bus station following release from Customs and Border Protection in McAllen, Texas. (AFP Photo)
by French Press Agency - AFP
Jul 05, 2018 12:00 am

U.S. officials have ordered DNA tests on "under 3,000" detained children who remain separated from their migrant parents, in an effort to reunite families at the center of a border crisis, a top U.S. official said Thursday.

The Department of Health and Human Services is "doing DNA testing to confirm parentage quickly and accurately," HHS Secretary Alex Azar told reporters on a conference call, stressing the department was seeking to meet a court-imposed deadline of next Tuesday to reunite some 100 detained children under age five.

Azar, in a bid to tamp down accusations that President Donald Trump's administration has failed to account for some minors, said that "HHS knows the identity and location of every minor in the care of our grantees," and that authorities were working to reunite children with their parents "as expeditiously as possible."