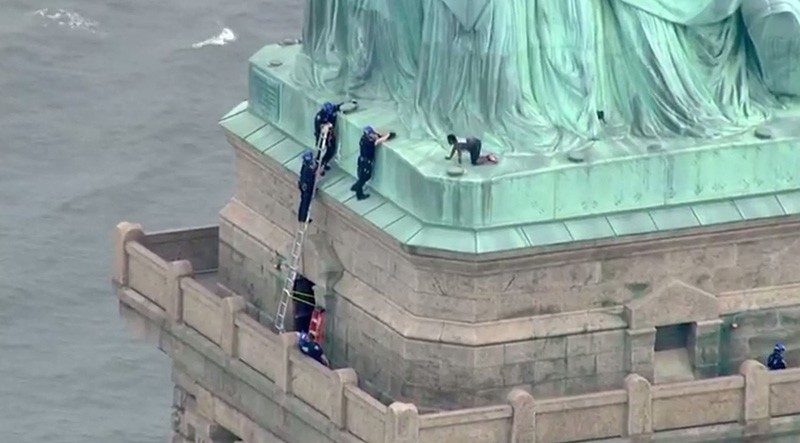 This still image taken from video Courtesy of PIX11 News in New York, shows police talking to a woman who climbed to the base of the Statue of Liberty in New York on July 4, 2018. (AFP Photo)
by Associated Press
Jul 05, 2018 12:00 am

Liberty Island has been evacuated because of a climber at the Statue of Liberty.

A person climbed the statue's base on the Fourth of July shortly after several people were arrested after hanging a banner from the statue's pedestal calling for abolishing Immigration and Customs Enforcement (ICE).

News helicopter video showed the climber sitting Wednesday by the bottom of the statue's robes, about 100 feet (30 meters) above ground. Police nearby tried to persuade the climber to descend.

Earlier, National Park Service spokesman Jerry Willis said at least six people were taken into custody for the banner, which read "Abolish I.C.E.," referring to part of the Department of Homeland Security.