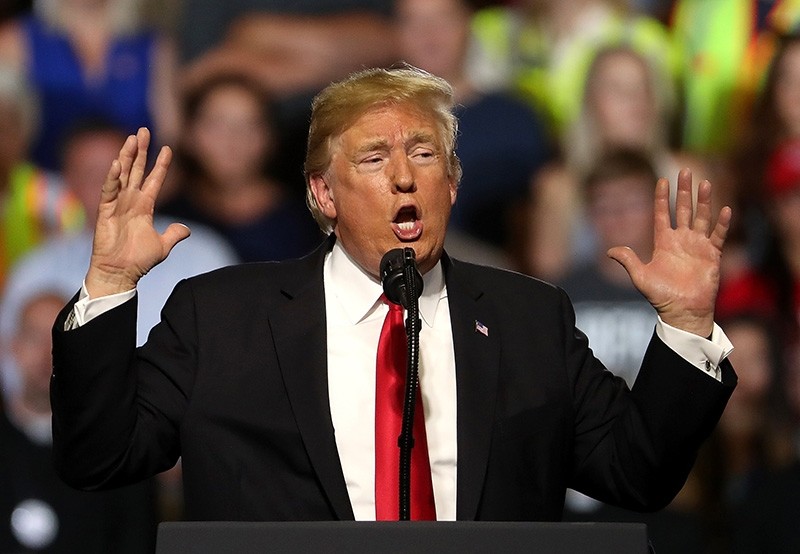 U.S. President Donald Trump took another shot at Germany over its defense budget and boasted about his readiness to meet Russian President Putin at a political rally in the northern state of Montana on Wednesday.

Trump blasted NATO ally Germany for not spending enough of its budget on its military, saying he's given Chancellor Angela Merkel an ultimatum.

"And I said, 'You know, Angela, I can't guarantee it, but we're protecting you and it means a lot more to you than protecting us 'cause I don't know how much protection we get by protecting you," Trump told supporters.

Last month, Trump reportedly sent letters to several NATO allies, including Germany, demanding they increase defense spending and threatening to reduce U.S. global military presence if they did not.

The president will attend the NATO summit in Brussels, Belgium, on July 11-12, in what could lead to another showdown as Trump has repeatedly harped on the organization to stop "taking advantage" of the U.S.

Trump went on to scoff at the media for questioning his preparedness for a meeting with Putin scheduled for July 16 in Finland.

"Will I be prepared? Totally prepared. I've been preparing for this stuff my whole life," he said.

Putin and Trump met briefly two times last year on the sidelines of international summits, but plans for a full-fledged summit have been put off amid U.S. intelligence reports that Russia interfered in the 2016 election in Trump's favor. Both Putin and Trump have naysaid the reports.

Trump is on a midterm campaign tour, hoping to boost Republican support ahead of November elections.

He used Wednesday's rally to attack Democratic critics and to accuse opponents of seeking to abolish Immigration and Customs Enforcement (ICE), although no lead Democrats have made such a suggestion.

He also ripped on Sen. Elizabeth Warren's Native American heritage, a common theme for Trump, and mocked the #MeToo Movement.