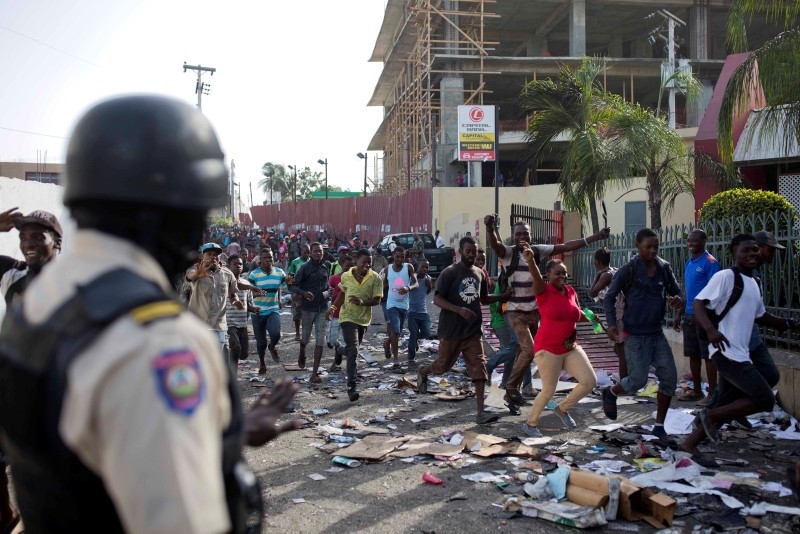 A police officer looks on as a crowd enters the Delimart supermarket complex, which had been burned during two days of protests against a planned hike in fuel prices in Port-au-Prince, Haiti, Sunday, July 8, 2018. (AP Photo)
by Associated Press
Jul 08, 2018 12:00 am

Journalists have seen young men stripping shelves bare in some supermarkets that are charred from the protests. Several bodies lay among the debris scattered in the streets.

With the situation still chaotic, the U.S. Embassy in Port-au-Prince on Sunday warned U.S. citizens to shelter in place. It noted that many flights were cancelled and said, "The airport has limited food and water available."

"Telecommunications services, including Internet and phone lines, have been affected throughout Haiti," the Embassy added. "It may be difficult to reach people through normal communication methods."

Police Director-General Michel-Ange Gedeon ordered officers to crack down on what he calls "bandits who disturb the peace and security of the country."

At least three people were killed in protests on Friday and police say the bodies of four people were found Sunday in the streets of the Delmas district, though they didn't say if that is related to the protests.

The government on Saturday scrapped plans to raise fuel prices to 38 to 51 percent.