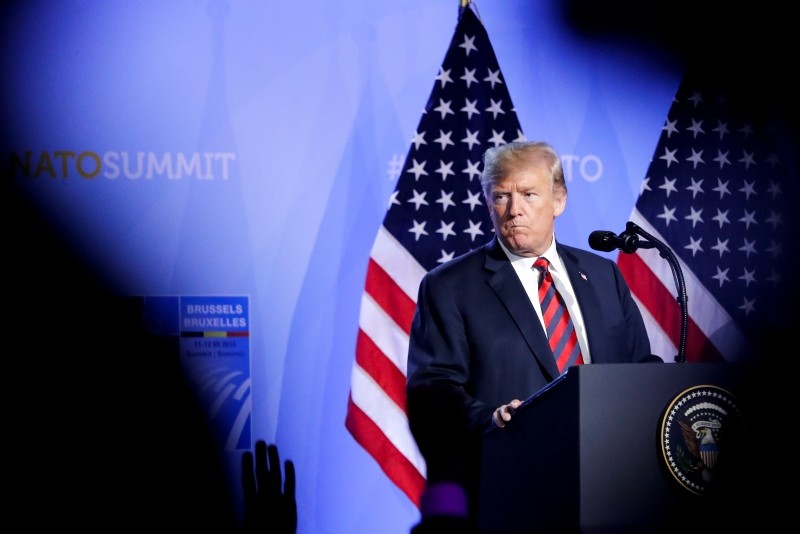 U.S. President Donald Trump addresses a news conference after a summit of heads of state and government at NATO headquarters in Brussels on Thursday, July 12, 2018. (AP Photo)
by Compiled from Wire Services
Jul 12, 2018 12:00 am

U.S. President Donald Trump said he expected Iran to call him one day with an offer to allay U.S. security concerns, saying Tehran was treating Washington with much more respect after he pulled the U.S. out of a nuclear deal.

"They're treating us with much more respect right now than they did in the past," Trump told reporters after a summit of NATO leaders in Brussels.

Trump withdrew the U.S from the Iran nuclear deal earlier this year, reinstating economic sanctions that had been lifted under a deal among Iran, the U.S. and other world powers in exchange for curbs on Iran's nuclear program.

Russia, China and the big European powers say they still back the 2015 multinational nuclear deal with Iran, despite U.S. President Donald Trump's decision to pull out.

The 2015 nuclear deal lifted most international sanctions on Iran in return for Tehran curbing its nuclear program, under strict surveillance by the U.N. nuclear watchdog.