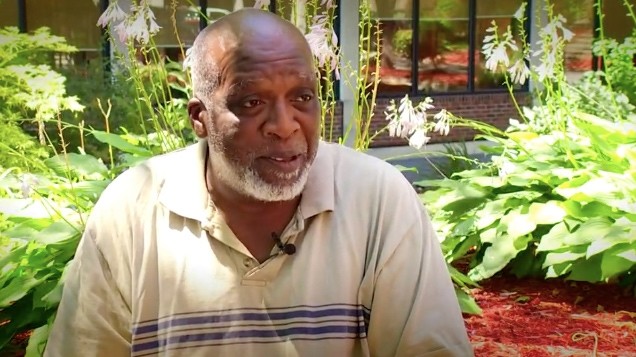 A Home Depot employee in Albany, New York, said he was fired after responding to a rude and racist rant by a customer, according to a local news report published Thursday.

The Times Union reported Maurice Rucker, a 60-year-old black man who has been working at Home Depot for 10 years, warned a customer last Thursday for entering the store with an unleashed dog.

Rucker said he was shocked by the verbal abuse, which he claimed included racist insults.

"He says, 'If Trump wasn't president, you wouldn't even have a job.' He said, 'You're from the ghetto, what do you know?'" Rucker recounted.

"I've lived all over the country and I've had no one talk to me the way that this guy talked to me," he said.

Rucker, who was just chosen cashier of the month, said he responded to the customer's insults by saying: "You're lucky I'm at work, because if I wasn't, this wouldn't be happening, or you wouldn't be talking to me like this.'

He said the customer left the store after the brawl, only to return to fetch his dog, which he forgot in the store. He then started another racist rant against Rucker and left again.

Rucker was informed a few days later that he was fired over the incident. He said the customer complained about him and told "a bunch of lies."

"He said that I was being racist and that I said I would knock him down. He just told him a bunch of lies and it seems like they believed him," Rucker said.

Home Depot spokesman Stephen Holmes told the local news channel WNYT that Rucker was fired because he did not follow the company's protocol for dealing with upset customers.

"The problem here is that he had several opportunities to disengage and contact management to deal with the customer," Holmes said. "We're appalled by this customer's behavior, but we also must require associates to follow proper protocol to defuse a situation for the sake of their safety and the safety of other associates and customers."

Rucker, who was making less than $13 per hour at Home Depot after working for the company for over a decade, is reported to be considering legal action against the company.