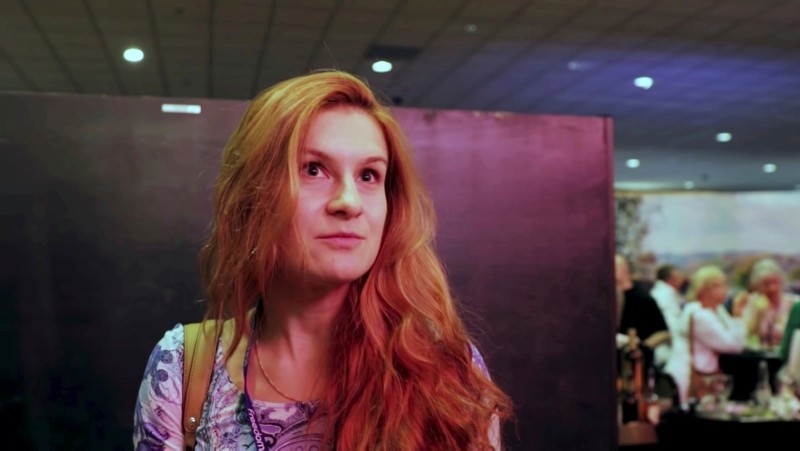 Russian Foreign Minister Sergei Lavrov told his U.S. counterpart Mike Pompeo on Saturday that the arrest of a Russian gun rights enthusiast on espionage charges in the United States was "unacceptable," his ministry said.

She was charged this week in Washington of acting illegally as an unregistered agent for the Russian government while she lived in Washington over the past three years with her boyfriend, a veteran Republican operative.

In a telephone call with Pompeo, Lavrov "stressed that the actions of American authorities who arrested the Russian citizen Butina based on false accusations is totally unacceptable," the foreign ministry said in a statement.

Lavrov said Butina must be released "as soon as possible," according to the statement.

The two diplomats also "exchanged views on ways to develop the relationship between our countries with the objective of normalizing them".

Butina's arrest on Sunday added to the political turmoil in Washington over Moscow's meddling in the 2016 presidential election and allegations that President Donald Trump's campaign collaborated with the Russians.

The arrest was announced Monday hours after Trump finished a summit and a press conference with Putin in Helsinki, Finland, where the U.S. leader rejected the U.S. intelligence community's verdict that the Russians interfered to support him over Hillary Clinton in the 2016 race.

Trump reversed that stance a day later under heavy attack from U.S. politicians of both parties.