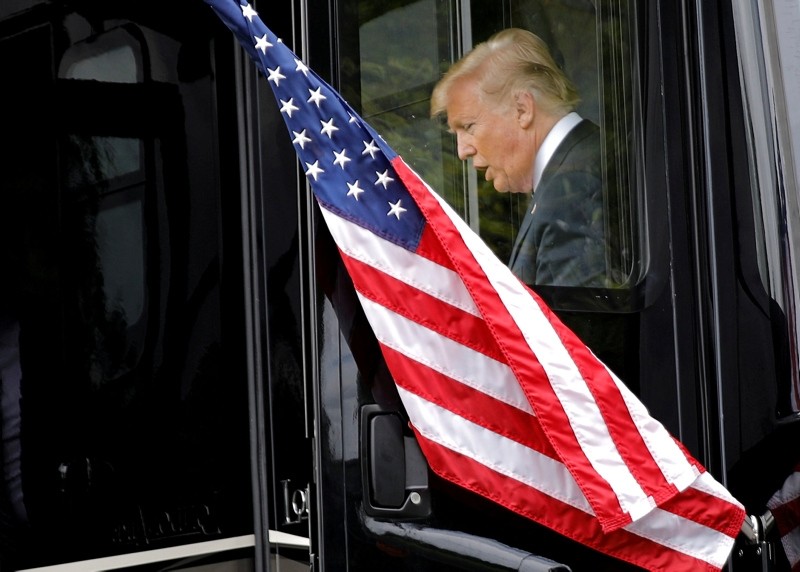 U.S. President Donald Trump is considering revoking the security clearances of a half dozen former Obama administration officials and critics of his presidency in what would be an unprecedented politicization of the clearance process.

Sanders accused the officials of having "politicized and in some cases monetized their public service and security clearances" by "making baseless accusations of improper contact with Russia or being influenced by Russia."

"The fact that people with security clearances are making these baseless charges provides inappropriate legitimacy to accusations with zero evidence," she said.

The comments came hours after Republican Sen. Rand Paul of Kentucky tweeted that he was planning to raise the issue of revoking Brennan's clearance at a meeting with Trump.

Brennan had offered scathing criticism of the president's meeting with Russian President Vladimir Putin last Monday, calling their press conference "nothing short of treasonous." While standing next to Putin, Trump had openly questioned his own intelligence agencies' conclusions that Moscow was to blame for meddling in the 2016 U.S. election and seemed to accept Putin's insistence that Russia's hands were clean.

Hayden responded Monday via Twitter, saying a revocation wouldn't "have any effect on what I say or write."

And Melissa Schwartz, a spokesman for McCabe, tweeted that his security clearance had already been deactivated when he was terminated, "according to what we were told was FBI policy."

"You would think the White House would check with the FBI before trying to throw shiny objects to the press corps...," she wrote.