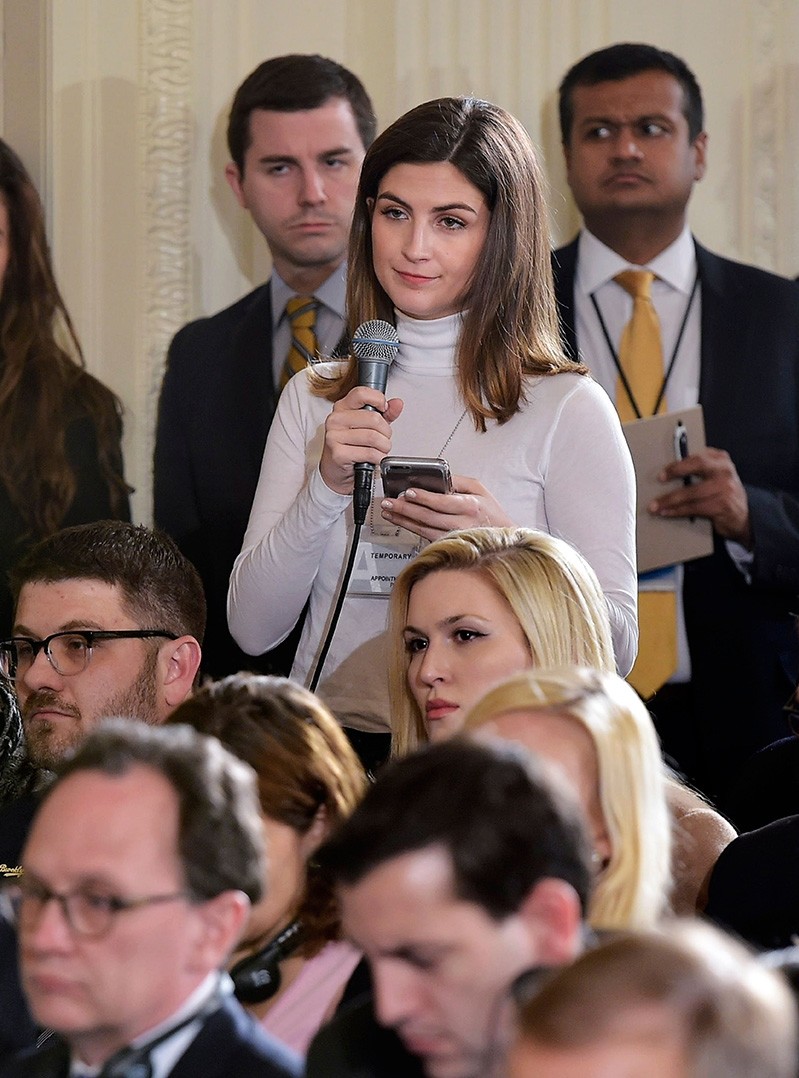 A CNN correspondent was barred from attending an open press event at the White House on Wednesday because of questions she asked U.S. President Donald Trump earlier in the day.

Collins had served as a representative of the television networks during an earlier pool spray in the Oval Office. She and a handful of other reporters peppered the president with questions, including many focused on his former lawyer, Michael Cohen.

CNN on Tuesday obtained and aired a secret audio recording that captured Trump and Cohen discussing a potential payment to a former Playboy model who claims she had an affair with Trump.

It is standard protocol for reporters to ask the president questions at such events, and Trump, unlike some of his predecessors, often engages.

Collins says she was later reprimanded by press secretary Sarah Huckabee Sanders and communications chief Bill Shine and told she could not attend the Rose Garden event, which was open to all other members of the credentialed media.

On Thursday, Shine didn't address the situation directly but quibbled with the use of the word "ban" in describing the action taken against Collins.

"Would you ask her if we ever used the word 'ban'?" Shine told reporters.

And Trump counselor Kellyanne Conway said the incident showed the need broadly for more "civility" between reporters and the White House.

"I think it should start here at the White House and just show a little bit more respect," she said.

CNN, in a statement, objected to the move, calling it "retaliatory in nature" and "not indicative of an open and free press."

"Just because the White House is uncomfortable with a question regarding the news of the day doesn't mean the question isn't relevant and shouldn't be asked," the network said.

The White House Correspondents' Association also issued a harshly worded statement condemning "the White House's misguided and inappropriate decision today to bar one of our members from an open press event after she asked questions they did not like."

"This type of retaliation is wholly inappropriate, wrong-headed and weak. It cannot stand," said the group's president, Olivier Knox.

And Fox News President Jay Wallace said, "We stand in strong solidarity with CNN for the right to full access for our journalists as part of a free and unfettered press."

Sanders, in her own statement, defended the decision and claimed that Collins had "shouted questions and refused to leave despite repeatedly being asked to do so" at the end of the Oval Office event.

Numerous reporters, including many from the European Union delegation, had been shouting questions, and, as usual, it took some time for the pack of journalists to file out the doors.

Sanders said the White House made clear that other CNN journalists were invited to the next event, just not Collins.

"To be clear, we support a free press and ask that everyone be respectful of the presidency and guests at the White House," she said.