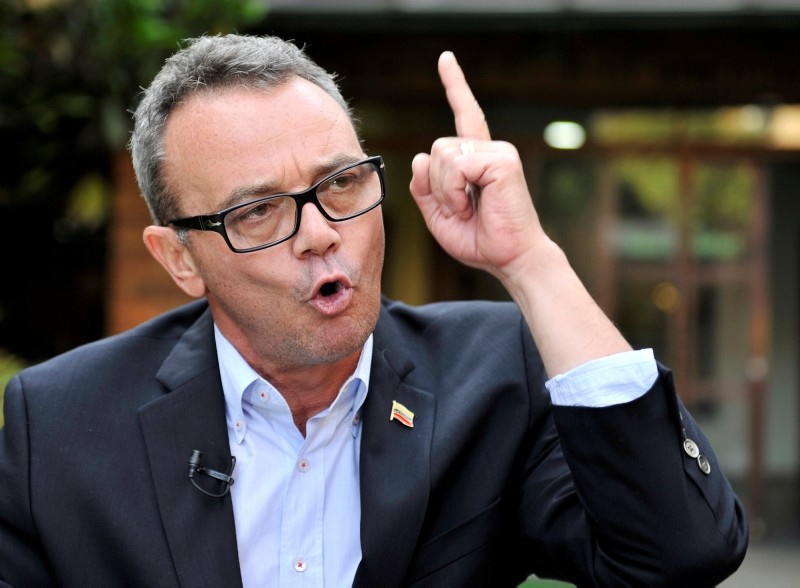 A former Venezuelan municipal police chief and anti-government activist says he helped organize an operation to launch armed drones over a military rally on Saturday in an attempt to assassinate President Nicolas Maduro.

In an interview, Salvatore Lucchese, a Venezuelan activist who was previously imprisoned for his role in past protests, told Reuters he orchestrated the attack with a loose association of anti-Maduro militants known generally in Venezuela as the "resistance."

The "resistance" referred to by Lucchese is a diffuse collection of street activists, student organizers and former military officers. It has little formal structure, but is known in the country mostly for organizing protests in recent years in which demonstrators have clashed with police and soldiers.

Reuters could not independently verify Lucchese's claims about the attack, in which drones flew over the rally in central Caracas. Explosives aboard the drones detonated, injuring seven military officers and sending attendees scurrying for cover.

Lucchese described the incident as part of a sustained, armed effort against Maduro. He declined to describe his precise role in the operation, in the broader resistance or identify others involved, citing the need to protect their identity.

"We had an objective and in the moment we were not able to materialize it 100 percent," Lucchese said in an interview in Bogota, where he is traveling because of activities with other opposition figures. "The armed struggle will continue."

Venezuela's Information Ministry did not reply to a request for comment.

Meanwhile, President Maduro said Tuesday on television that one of Venezuela's most prominent opposition leaders has been linked to the weekend attack.

Maduro said statements from some of the six suspects already arrested pointed to involvement by Julio Borges, an opposition leader living in exile in Colombia.

"Several of the declarations indicated Julio Borges. The investigations point to him," Maduro said, though he provided no details on Borges' role.

As elected lawmakers, Borges and Requesens enjoy immunity from prosecution under Venezuelan law. But Diosdado Cabello, the powerful socialist party leader and president of the National Constitutional Assembly, said in a tweet Tuesday that he plans to introduce legislation stripping lawmakers of this protection.

Maduro spoke for two hours from the Miraflores Presidential Palace in a presentation using videos showing suspects and images of the drones exploding. One video included a confession by one handcuffed suspect, whose face was blurred out as explained the plot.

Maduro also held up military hats worn by soldiers with holes in them from debris the explosion. Several soldiers seated in the audience had white bandages on their heads, apparently injured in the assassination attempt.

Maduro said he would provide evidence to officials in the United States and Colombia and ask for their cooperation handing over suspects who helped orchestrate and finance the attack.

"I want to explain to the government of the United States and the government of Colombia in detail all the evidence that leads us to accomplices and direct responsible living in the state of Florida," Maduro said. "I trust in the good faith of Donald Trump."

Earlier this year, Lucchese parted ways with Popular Will, a prominent opposition party, saying he disagreed with its continued dialogue with Maduro's administration.

Juan Guaido, one of Popular Will's national leaders, said Lucchese was expelled for "differences with the party and the national leadership" but did not elaborate further.

Guaido also told Reuters that Popular Will rejects the use of violence, a position echoed by other mainstream opposition parties in the wake of the attack.

Maduro, who was chosen by late leftist President Hugo Chavez as the Socialist Party candidate to succeed him in 2013, often says Venezuela's problems are the result of an "economic war" by enemies abroad, including the United States.

A little-known group called the National Movement of Soldiers in T-Shirts over the weekend also claimed responsibility for the drone attack. It, too, describes itself as part of the "resistance."

Lucchese declined to say whether he is associated with Soldiers in T-Shirts. A member of the group, who declined to be identified by name, in an exchange with Reuters via a messaging platform declined to comment on Lucchese.

The 52-year-old activist first drew attention after being jailed for 10 months starting in 2014 for refusing to break up anti-Maduro protests. As police chief of the municipality of San Diego, in central Carabobo state, he disobeyed Interior Ministry orders to clear demonstrators, Lucchese said.

His account of the arrest and jail sentence is supported by a ruling on his conviction published by Venezuela's Supreme Court at the time.

The government released Lucchese at the end of his sentence in February 2015, according to Lucchese and local media reports.

Lucchese told Reuters he left Venezuela for an undisclosed location last August, after learning the government sought his arrest once more, this time for treason and inciting military rebellion.