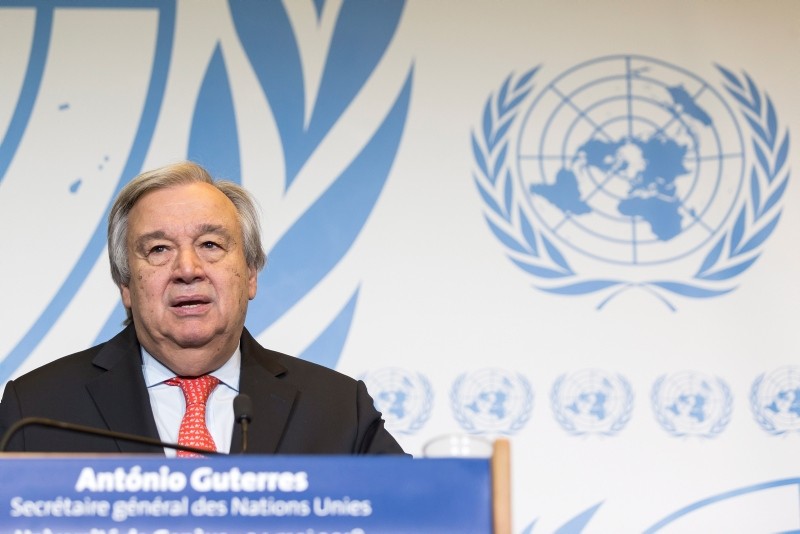 United Nations Secretary General Antonio Guterres presents his disarmament agenda at a public lecture at the University of Geneva, in Geneva, Switzerland, 24 May 2018. (EPA Photo)
by Sep 13, 2018 12:00 am

"I think that the soft power of the United States is being reduced at the present moment," Antonio Guterres told The Atlantic.

This, he suggested, is dangerous because there "is no way to solve most of the problems in the world without" the US.

Guterres did not mention by name U.S. President Donald Trump, who has touted an "America First" policy since coming into office.

Trump's administration has nixed U.S. involvement in international agreements including the Iran nuclear deal, which was endorsed by the UN Security Council, and the Paris climate agreement.

Guterres, a staunch advocate of the Paris agreement, has called climate change "the great challenge of our time" and urged leadership and a multilateral response to tackle the issue in a speech on Monday.

He said he would lobby world leaders over climate change at the U.N. General Assembly, which starts on September 18.

Guterres has made efforts to maintain a working relationship with the Trump administration, and has had meetings with him at the White House.