State Dept spox Nauert could be next UN envoy: Trump 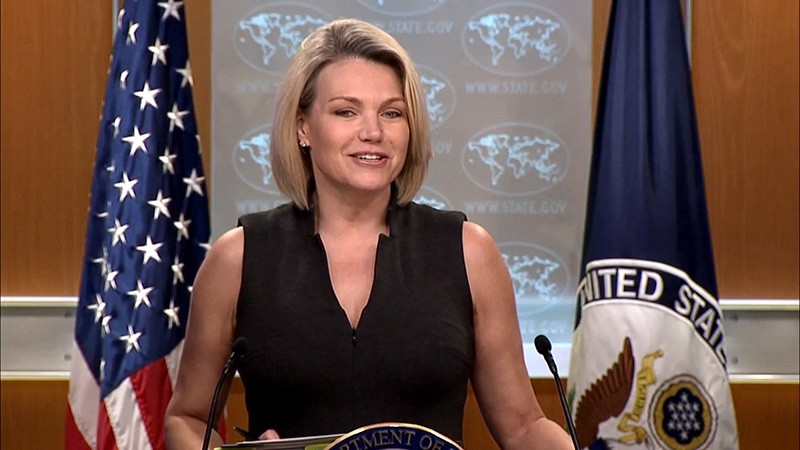 President Donald Trump on Thursday confirmed reports that State Department spokeswoman Heather Nauert is under "serious consideration" to become the next U.S. ambassador to the United Nations.

If named, she would take over from outgoing ambassador Nikki Haley who announced her resignation last month without offering details on why.

Numerous reports in the U.S. media have named Nauert as a frontrunner for the post, citing sources close to the matter.

Asked to confirm the move during a question and answer session with reporters, Trump said: "She's under very serious consideration.

Nauert was an anchor and correspondent for conservative cable station Fox News before joining the State Department in April 2017.

She has served under two secretaries of state -- Rex Tillerson and her current boss Mike Pompeo -- and was designated acting under-secretary for public diplomacy and public affairs from March to October 2018.

Other possible contenders include Ric Grenell, the US ambassador to Germany, Jamie McCourt, the US envoy in Paris, and Kelly Craft, the ambassador in Canada, according to CNN.